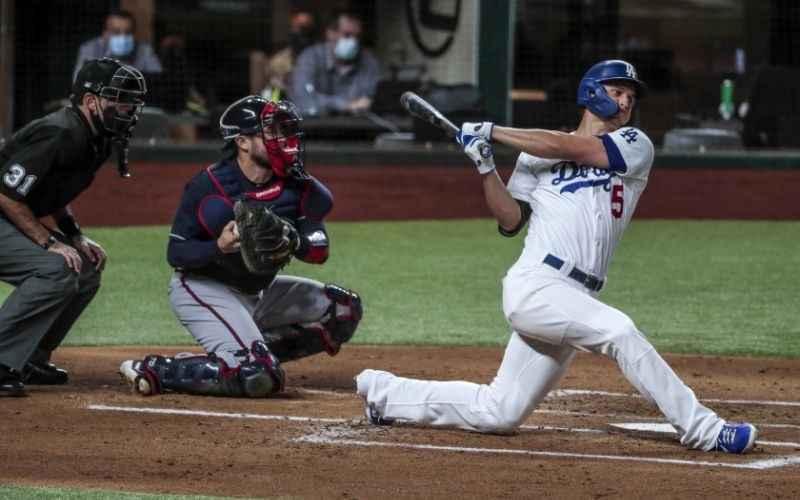 After a high-scoring National League Championship Series Game 3 that saw the Los Angeles Dodgers climb back into the hunt, the Atlanta Braves returned the favor in last night’s Game 4 to take a commanding 3-1 lead.

What should have been an evening that offered ample amounts of NFL betting, as well as odds on the MLB Playoffs, turned out to be much less active after the National Football League had to postpone their Thursday Night Football game that was originally scheduled to pit the Kansas City Chiefs against the Buffalo Bills.

Because of extensive rescheduling and postponements across the NFL due to Coronavirus-related issues, Thursday night’s game had to be moved to Monday at 5 PM and will be aired prior to the regularly scheduled Monday Night Football matchup between the Arizona Cardinals and the Dallas Cowboys.

Because the Thursday night NFL game was moved, Major League Baseball’s NLCS Game 4 matchup between the Braves and the Dodgers took center stage, without any competition from other nationally televised sports.

The Braves decisive 10-2 victory has them one game away from the 2020 World Series, and it will be the first time that they have made it there since 1999.

Gamblers who are anxious to bet on the World Series could be in for a treat, as the Tampa Bay Rays are currently holding a 3-2 edge over the Houston Astros in the 2020 ALCS.

Opening pitch for the Rays and Astros American League Championship Series Game 6 will be thrown this afternoon at 6:07 PM, and Bovada Sportsbook has provided the following betting line that predicts how the contest will go down.

The MLB betting odds above suggest that Tampa will go ahead and wrap up the series tonight and secure their spot in the 2020 World Series.

If both Atlanta and Tampa can advance to the MLB World Series, it would be a significant television ratings draw in the southeastern United States.

Unfortunately for Major League Baseball, it would not garner much attention outside of the southeast region of the country, with audiences expected to exit in droves and go into hibernation until next season once Los Angeles is eliminated from contention.

The fat lady hasn’t sung yet – there are still four MLB teams in play for the championship, so there’s plenty of competition remaining in the professional baseball postseason to place a bet on a single game, or to lay some action on some futures odds.

The following MLB Championship futures betting line is still posted at Bovada, but time is ticking, as it will be removed once the final World Series matchup is decided.

Oddsmakers have predicted that the regional matchup between the Braves and the Rays is the most likely, but there is some serious payout potential included in the odds for the other World Series pairings.

It is also interesting that the Astros have two wins on the board in the ALCS, but according to the above futures line, options that include them in the World Series feature lower odds than those that feature the Dodgers.

On the surface, it seems like nonsense, and the +400 odds that have been placed on a potential Braves vs. Astros championship series seems incredibly achievable. A wager of $100 on that outcome will earn $400 if it occurs.