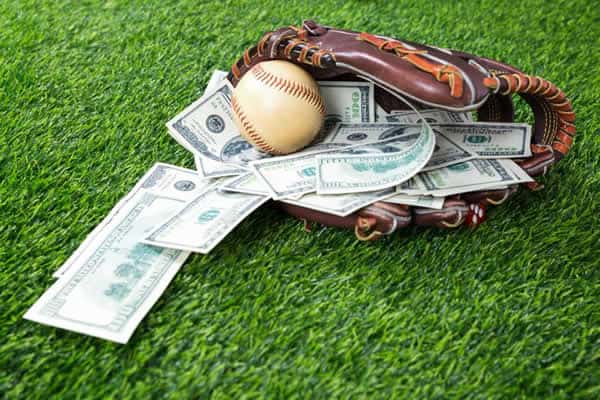 Monday, May 14th, 2018 was made into a historic day in recent American history when the Supreme Court of the United States ruled that the Professional and Amateur Sports Protection Act (PASPA) was unconstitutional. The PASPA act was a federal ban on sports betting across America and gave professional sporting leagues the grounds to sue and stop states from issuing legislation to allow legal sports betting in their state. The ruling came as a decision in the now iconic New Jersey vs. NCAA case, giving New Jersey and all the other states the right to allow legal sports betting. The ruling was a 7-2 decision to strike down the ban.

Shortly after the decision was announced the MLB issued a press statement saying that the decision will have a profound effect on the game of Baseball. The statement also stated that they will continue to support legislation that creates air-tight partnerships between the state, casino operators, and the governing bodies. The statement also said that the league is only interested in protecting the integrity of their game. The MLB response doesn’t come as a surprise to most baseball fans since they have had a long history with illegal sports betting.

Since New Jersey won their case they will be able to start accepting bets as soon as they get their systems in place. This could be a couple of days or maybe up to two weeks. A few other states have already passed legislation and they will be taking MLB bets in the next few weeks when their systems get into place. There are still about 20 other states that have drafted legislation to allow legal domestic sports betting, but they will have to get their legislation passed before they can make moves to start accepting bets. Those states that have drafted but not passed legal sports betting legislation are looking more at several months to a year before they will be able to accept MLB bets.

No Need To Travel To Nevada Anymore

Nevada was the only state that offered legalized sports betting in single game from across the board. Now that the PASPA act is deemed unconstitutional in several states including New Jersey will be able to accept sporting bets in the coming weeks. The illegal sport betting industry is estimated to be a $150 billion dollar a year industry and economist are expecting that number to trickle down now that there will be legal options available across the states. Sports wagers will no longer have to travel to Nevada anymore as their home state or either a neighboring state will likely pass some form of legal sports betting. Nevada lawmakers have spoke of the PASPA ban as a good sign for their industry. They want Nevada to be the leader in the industry by helping other states design regulatory systems and protections for customers.

The MLB is still lobbying for federal regulations in hopes that they can obtain an integrity fee. The MLB has been affected by two big sporting scandals in the past, the black sox scandal, and the Pete Rose scandal, both scared the games popularity. The MLB and NBA has both been taking a different approach than the other leagues by actively pursuing states to draft favorable sports betting gambling laws. The professional leagues are all seeking a 1% integrity fee. They want the 1% to be paid to the corresponding league based off the total amount of the bet, which equates into a substantial amount of money. The leagues claim this fee will be used to protect the integrity of the game.

The Players Association recently released a statement on the PASPA ruling stating that the ruling will have major implications on the game of baseball. Since then a joint-statement has been issued by the MLBPA, NBAPA, NFLPA, and the NHLPA that states that they would like to see the players have a seat at the table and work with the leagues to protect the integrity of their game. The statement also says that they don’t want the people who pushed for legalized sports betting to have control of the industry. The MLB wants a cut because they are providing the game, while the players want a cut because they make the game what it is. The MLBPA believes they are entitled to a portion of any revenue derived from the game of Baseball.