MGM Is Getting Ready For Legal Sports Betting 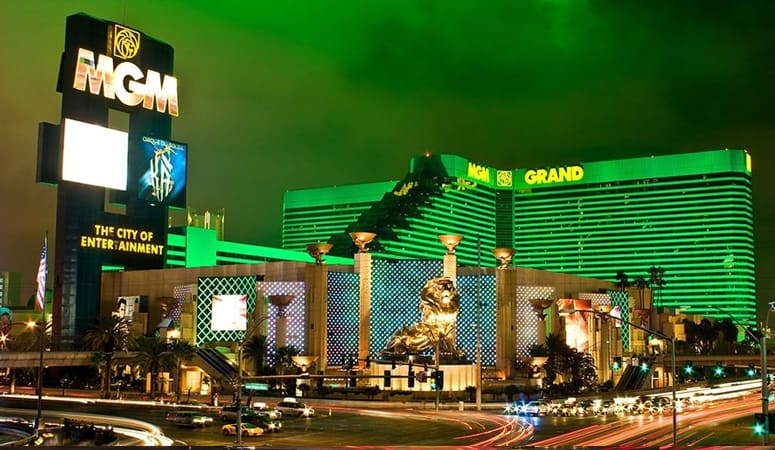 MGM Resorts International is an American entertainment company currently operating destination resort casinos in 5 American states; Nevada, Mississippi, Maryland, Michigan and New Jersey with another on the way in Massachusetts. Atop of the company is CEO Jim Murren, who has worked his way up through the company since he first joined MGM in 1998. Murren recently told the press that a win for New Jersey in the PASPA case is a win for MGM Resorts International.

Murren was referring to the New Jersey vs. PASPA case, where states are fighting the PASPA Act saying that it is unconstitutional. The PASPA Act is an American gambling law that forbids states from operating a sports betting scheme. The Act has been in effect since 1993 and under the current framework, only 4 states can offer any form of legal sports betting with Nevada’s Las Vegas taking the cake with the most to offer. Other states including New Jersey was allotted a one-year window to set up a sports betting operation but at the time they opted not to do so.

Fast-forward 20+ years and the state of New Jersey under the leadership of Governor Chris Christie, passed a law to allow sports betting at their Atlantic City Casinos. The NCAA, NFL, NBA, and the NHL all sued the state to block sports betting under the PASPA Act. Since the case broke into the American forefront, the New Jersey vs. NCAA case has made it all the way to the Supreme Court of the United States (SCOTUS). A ruling is expected to be delivered sometime in 2018.

Murren told the press that their legal experts seem very confident that the PASPA Act will be overturned. He also thinks that the decision reached by the SCOTUS will have a great emphasis on the American people and obviously American gambling laws. Last year Murren told media outlets that MGM is poised to immediately take advantage of legalized sports betting if the SCOTUS overturns the PASPA Act. At MGM they believe that sports betting represents a significant avenue for growth in the gambling industry. Murren said that MGM intends to be the biggest beneficiary of commercial sports betting if the PASPA Act is overturned by the SCOTUS.

Mandalay Bay, an MGM owned and operated casino in Las Vegas is expected to be the sports betting destination for the Raiders. The Oakland Raiders franchise has been bought and is in the process of moving to Vegas. The team is expected to begin playing in Las Vegas for the 2020 season and a new stadium is already being constructed right across from the Mandalay Bay Casino.

As of now, sports betting is only legal in 4 states and to the others by means of offshore online sportsbooks. Online sportsbooks have been providing the US with legal online sports betting for years now and have sparked an online industry that rakes in billions a year worldwide. There are also several benefits to betting on sports online. Convenience is one of the best perks and players will find that logging into an account can be easily accessed from any desktop, laptop, tablet or smartphone.

Online bonuses are another calling card to the online sports betting world. Online bonuses are benefits that sportsbook sites offer new or existing players to sign up or reload. There are many different bonuses and promotions online that players can choose based on their predicted style of play.

This summer if the SCOTUS overturns the PASPA Act, most states are going to legalize sports betting to an extent. Some experts are even speculating that the reason it is taking so long for an official decision is that they are trying to figure out the best way to deliver the news or provide the legal framework for the sports betting industry. A big change takes time and sports betting has been oppressed within the United States over the past 25 years already.