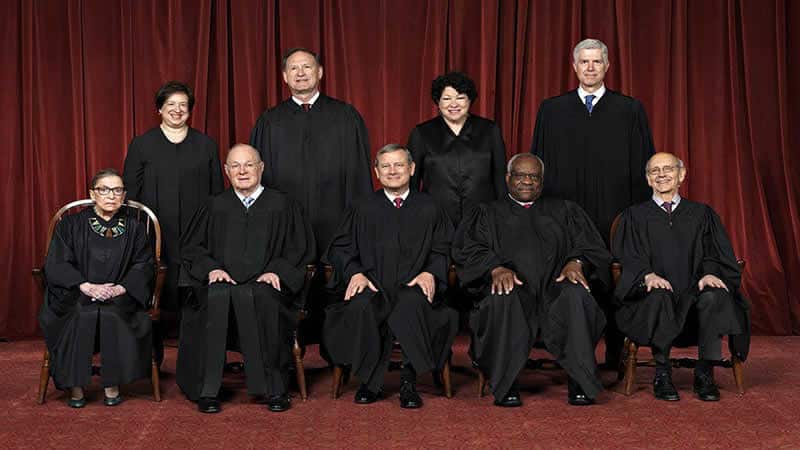 There are 6 states in open rebellion to the Professional and Amateur Sports Protection Act (PASPA), or the long standing ban on state-regulated sports betting. New Jersey, the leading state, is in an ongoing civil case with the Supreme Court. It is them versus the major sports leagues. The main argument is the constitutionality of PASPA’s enforcement. Should the federal government be allowed to block sports betting in states? Why should 4 states be exempt from PASPA while the other 46 have no choice but to adhere to it?

If SCOTUS rules in favor of New Jersey and PASPA is repealed, these 6 states are ready to go on legal sports betting in the US. Their respective bills authorize them to implement brick-and-mortar sports betting options in either existing casino locations or ones scheduled to be constructed. While 6 states may not be enough to constitute an overwhelming majority, the truth is that most states appear to be waiting to see how the NJ case plays out. It is a lot easier to pass sports betting legislation when there is not an overriding federal benchmark in place. These 6 states are simply taking initiative by getting an early jump on what is looking to be the next big gambling endeavor in the United States.

Which 6 States Are We Talking About?

Each of these states has legislation lying in wait. If PASPA is repealed, these legislative bear traps will be activated, thus establishing an early hold on what will quickly develop into a widespread domestic market. The best thing about these states passing sports gambling legislation is that it sets a precedent for outside lawmakers to model.

The case is the same with most of these states—widespread legislation was passed (either focusing on legal online poker/casinos or Daily Fantasy Sports) that included pro-sports betting language. Some of the states have more of a detailed plan, but the base framework is laid out in all cases. The most interesting aspect of the current status of the sports betting debacle is how the sports leagues have shifted their stance. To examine this, we look at 2 specific states.

West Virginia recently passed the Sports Lottery Wagering Act. The Mountaineer State has been reviewing the implications of legal sports betting for over a year, going through several different versions of legislation in the process, but they finally got a bill through both the House and the Senate. The bill made it into law after Governor Jim Justice failed to take action after 5 days. He then released a statement asking lawmakers to reconsider including the MLB and NBA in the law. This is where things get interesting.

The NBA and MLB put out a document asking for what they call “integrity fees.” This is a 1% tax on revenue applicable to all states with legal sports betting offerings. The leagues feel entitled to this since all NBA and MLB games are their intellectual property. They see these fees as a way of facilitating ongoing efforts to maintain integrity and reinforce data monitoring, both of which will benefit the sports betting market. The problem is that these integrity fees seem more like the leagues attempting to get a piece of the action now that sports betting is on the brink of legalization. Also, the leagues have had no issues maintaining integrity in the 25+ years that PASPA has been in effect. West Virginia lawmakers, despite the leagues lobbying for these fees in the local media, straight up denied the MLB and NBA a place at the sports gambling table. Governor Justice’s post-bill plea reads more like it was written by the leagues themselves. If the NBA and MLB did happen to get a hold of Justice, it is possible we see this bill reexamined and rewritten to appease their interests.

Connecticut is another state that stared down the leagues and flat out refused their appeals. League representatives traveled to the state in order to field questions from lawmakers on why these integrity fees should be included. By the end of the session, CT constituents were not convinced on why they should pay out the leagues for putting out a product when they have already been doing so for years without revenue being taken from states. The state ended up passing legislation without the integrity fees attached. In their eyes, 1% of revenue is quite a chunk of change compared to other states with a bigger market in place.

Despite their failures, the sports leagues are not ready to back down. If PASPA is stricken down, they have plenty of chances to lobby for integrity fees and get them attached to bills. Once this pattern starts it will be hard to slow down. The sports leagues simply have too much money and influence, especially in states that rely on revenue from big-name sports franchises.

States On Deck For Sports Betting

The dealbreaker in this scenario is the Supreme Court’s ruling in the New Jersey case. If PASPA is repealed, 6 states will be launching sports gambling markets soon after and you can expect many others to follow suits. If New Jersey wins but PASPA is amended to only exempt them, expect other states to push legal cases forward (this would start the whole process over again). If New Jersey loses and PASPA is upheld, additional lawsuits from other states will also likely follow. So, whether PASPA is repealed or not, sports betting does have a shot. Most analysts expect SCOTUS to rule in favor of New Jersey and repeal the federal ban. Once this happens, the US can join the likes of the United Kingdom and other countries with well-developed sports betting markets.