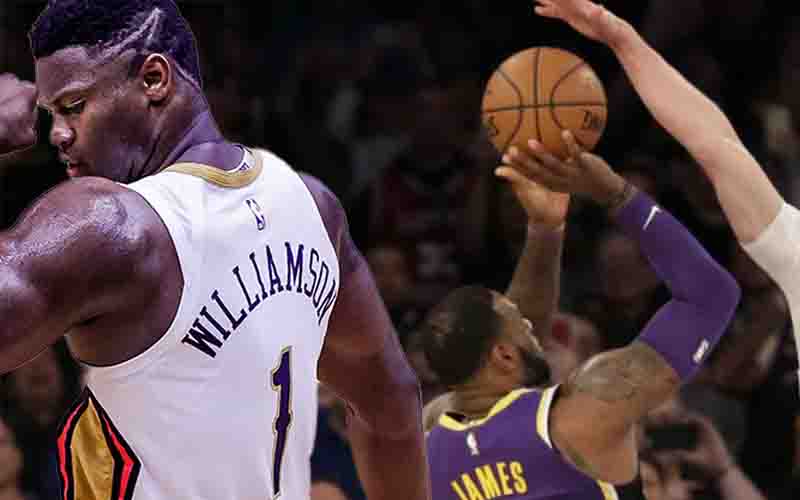 LeBron James and the Los Angeles Lakers have been eliminated from 2022 NBA Playoff contention, dashing their championship hopes that were elevated when adding veteran point guard Russell Westbrook in the offseason.

Anthony Davis, James, and Westbrook were unable to provide enough of a lift for the Lakers and their lackluster roster (not including their main 3 stars), resulting in a finish that will place them outside of the Western Conference’s top 10 NBA teams.

The NBA Playoff brackets will not be finalized until the play-in tournament has concluded and decided which franchises will capture the 7 and 8 seeds in the Western and Eastern Conference.

The NBA’s Play-In Tournament begins on April 12 and will conclude on the 15th if it lasts that long.

How The NBA Play-In Tournament Works

The Eastern equivalent of the LA Lakers in 2022 has been the Brooklyn Nets who will finish as a play-in team in the East. NBA betting sites have placed the Nets in the 2022 Finals for the duration of the entire regular season, but now with Brooklyn facing a play-in game, the Milwaukee Bucks have been re-inserted as the top team in the East.

The above odds for NBA Playoff betting assume that the Brooklyn Nets and the Cleveland Cavaliers will earn the 7 and 8 seeds in the East and ouster the Atlanta Hawks and the Charlotte Hornets from the 2022 postseason.

The above NBA futures odds for the 2022 Western Conference Champions suggest that the Los Angeles Clippers and Minnesota Timberwolves will earn the 7 and 8 seeds in this year’s playoff bracket and send the New Orleans Pelicans and San Antonio Spurs home for the offseason.

The Pelicans have locked in their play-in status for 2022 without the services of second-year phenom Zion Williamson, and his status for their April 12 contest against the San Antonio Spurs is in doubt.

Zion’s father has chimed in with a statement of assurance that Williamson will indeed play again this season, but with only one game remaining on the docket that matters, time is running out fast.

The New Orleans Pelicans are currently sporting +9500 moneyline odds to win the Western Conference this year and may be worth a low dollar hedge bet just in case Zion Williamson does return and make an impact on this year’s postseason.

The 2022 NBA Play-In Tournament will begin on April 12th, and game lines will be produced as soon as the matchups are finalized.