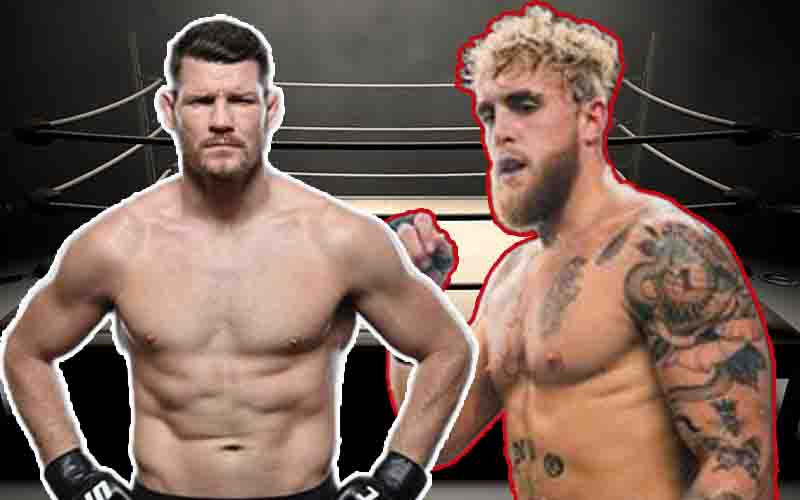 Social media influencer and celebrity boxer Jake Paul has issued a “hit list” of people he wants to fight next and one of the top challengers has accepted the bait.

Former UFC Middleweight Champion Michael Bisping has answered Jake’s call and now odds for celebrity boxing betting have been posted online that suggest Paul is a heavy favorite to win.

In the spectrum of betting on boxing, a -220 moneyline represents a 69% chance of winning the fight and will require a wager of $2.20 just to net a dollar.

Jake Paul’s Twitter account has served notice to Bisping by cutting an epic promo and daring him to enter the ring.

I challenge you to stop hosting your struggling podcast, get licensed to fight, and box me.

Let’s see if that UFC belt and all the respect you have can help you beat me in a boxing match. pic.twitter.com/9Bv0bDTK1E

While this Paul vs. Bisping matchup would typically result in a lopsided affair where the more experienced fighter is the easy victor, there are several factors in play that provide Jake an advantage in the ring.

The first and most glaring edge that Jake Paul has over Michael Bisping is that it will be a boxing match and not an MMA fight. UFC betting sites would place Bisping as a +800 favorite or higher if he were to fight Jake Paul in the Octagon.

Inside the boxing ring with its stringent rules and gloves, it becomes a more technical contest where Paul’s age grants him a much greater chance at success, as is represented in the above betting line.

Michael Bisping has been declared legally blind in his left eye, a condition that will impact his ability to defend punches, especially jabs, directed at that side of his face.

“I won a world championship and more importantly the respect of the fight community… that’s 2 things you’ll NEVER do. Ever.”

Bisping isn’t mincing words with his retort to Paul. While spectators and some current and former fighters are entertained by Jake Paul and his celebrity boxing matches, others are put off by his mockery of their beloved sport.

However, these scenarios continue to play into Jake Paul’s favor as he’s able to parlay his promo skills and trash-talking ability into massive paydays that line his pockets with cash.

According to Paul’s own lips, he cleared more money in his first three rounds than Bisping did in his entire career. And while Jake Paul’s celebrity status certainly aided in his ability to draw money, facts are facts, and earning $50+ million by fighting in a single calendar year is Mike Tyson and Floyd Mayweather territory.

“You can’t pay your rent or your mortgage with a championship belt or respect.”

Jake Paul in a Twitter rant directed at Bisping

Paul’s comments certainly stung Bisping enough to enter the ring, and have also got millions of potential pay-per-view customers salivating at the chance to see someone knock Jake’s block off on live TV.

No official date has been announced for the upcoming Jake Paul vs. Michael Bisping fight but verbal sparring back and forth between the two has already hit weigh-in conference levels of heat.

The Bisping vs. Jake Paul betting line is likely just the beginning of an onslaught of boxing prop bets for the big fight, with more poised to appear once a date and time for the bout is made official.