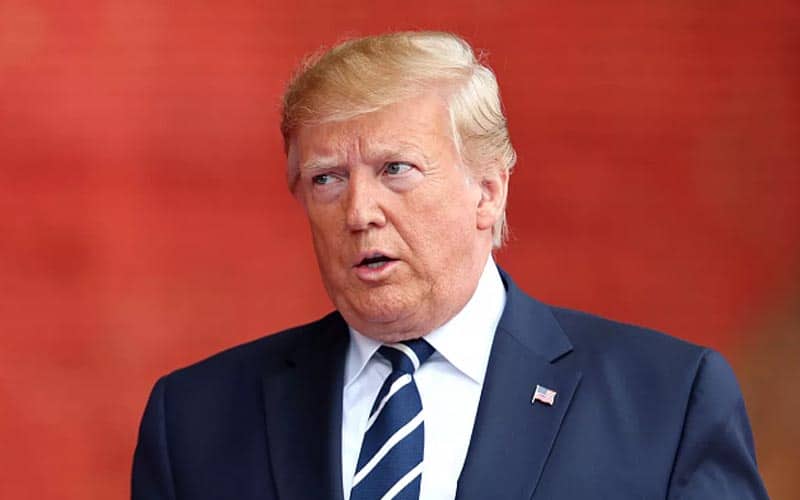 Things have been moving in the impeachment inquiry of President Donald Trump in the last couple of weeks.

The open depositions began last week with the public testimonies of US diplomats William Taylor and George Kent on Wednesday and former ambassador to Ukraine Marie Yovanovitch on Friday.

The inquiry has continued into this week with the testimonies of Lt. Col. Alexander Vindman and Russia adviser for Vice President Pence Jennifer Williams.

Former special envoy to Ukraine Kurt Volker is set to testify later today followed by Gordon Sondland tomorrow and Fiona Hill Thursday, among a few others.

As Vindman and Williams currently give their testimonies, the political betting odds are not in Trump’s favor.

According to oddsmakers at Bovada, Trump has -210 of being impeached during his first term. These are some of the best chances of impeachment Bovada has offered.

The odds are not the only thing against Trump’s favor.

A poll by ABC News/Ipsos shows that 70% of Americans believe Trump “was wrong to pressure Ukraine’s leader to pursue probes into his political opponents.”  Another 51% surveyed said Trump should be impeached.

While not referencing the impeachment by name, Trump used his Twitter to take a shot at the Democratic Party and their efforts to impeach him.

Nevertheless, Trump still has the best odds to win reelection in the 2020 race.

If President Trump is impeached, but not removed from office by Congress, he could technically be voted into a second term as POTUS. From what the odds are saying right now, such an unprecedented event in United States history could happen.

Behind Trump, Sen. Elizabeth Warren has the second-best odds to win the presidency at +550, followed by former Vice President Joe Biden at +600, and South Bend, Indiana Mayor Pete Buttigieg at +700.