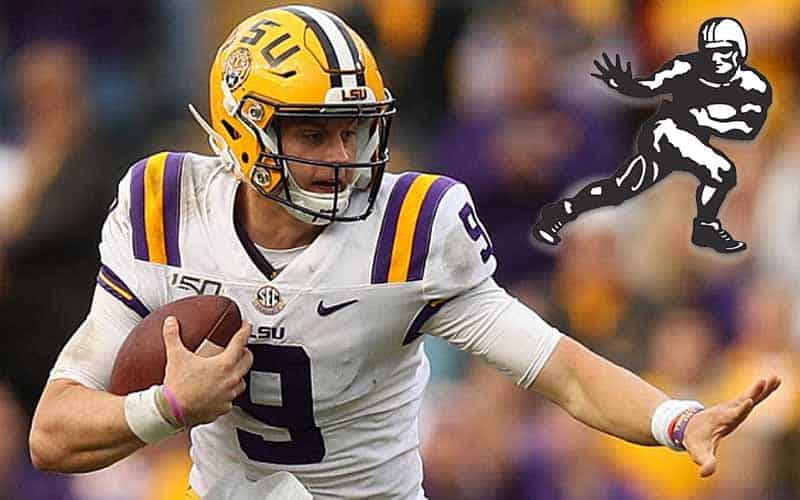 The 2019 Heisman Trophy announcement ceremony is set for this Saturday in New York City at 8 pm on ESPN. Finalists this year include quarterbacks Joe Burrow from LSU, Jalen Hurts from Oklahoma, and Justin Fields from Ohio State, along with fellow Buckeye defensive end Chase Young.

The Heisman favorite this year, by far, is Burrow. In the preseason when Clemson’s Trevor Lawrence and Alabama’s Tua Tagovailoa ruled the race, Burrow only had +10000 odds to win the award. Today, his Heisman betting odds are -25000 on Bovada.

Despite these overwhelming odds, Burrow is not expected to earn all the first-place votes to become the unanimous Heisman winner. The chances that at least one other finalist gets a single first-place nod is -100000 compared to the odds that Burrow receives every one.

Will Joe Burrow be a unanimous Heisman winner?

Bovada is also accepting action on the order of the Heisman voting outcomes. The most likely outcome, favored at +300 odds, is Burrow first, followed by Hurts, Young, then Fields.

The bet has five other outcome possibilities, all with Burrow in first. Any other result, such as another player winning the Heisman, has +2200 odds.

Assuming Burrow’s odds hold up and he wins the Heisman, the final three spots are up for grabs. Oddsmakers favor Hurts for second place with +115 chances. Fields is a close second for second at +120 odds.

Who will finish second in the Heisman Trophy voting?

Young, the first defensive lineman invited to the ceremony since Ndamukong Suh in 2009, is projected to finish third overall in the Heisman voting with +120 odds. Hurts, assuming he doesn’t finish in second place, has +130 chances of coming in at the three-spot.

Who will finish third in the Heisman Trophy voting?

Fields is expected to come in fourth with +110 odds. However, even finishing last in Heisman voting still equates to being the fourth-best player in college football this season.

Who will finish fourth in the Heisman Trophy voting?

No matter who wins the Heisman this year, a speech is inevitable. Obviously, winners have lots to be thankful for and many to people to thank. For the 2019 Heisman speech, the other finalists are favored to be the first to be mentioned by the winner at +220 odds.

Who will the Heisman Trophy winner mention first in his speech?

For comparison, 2018 winner Kyler Murray mentioned God first, then the other finalists, followed by the Heisman Trust, voters, and his coach all within the first few sentences.