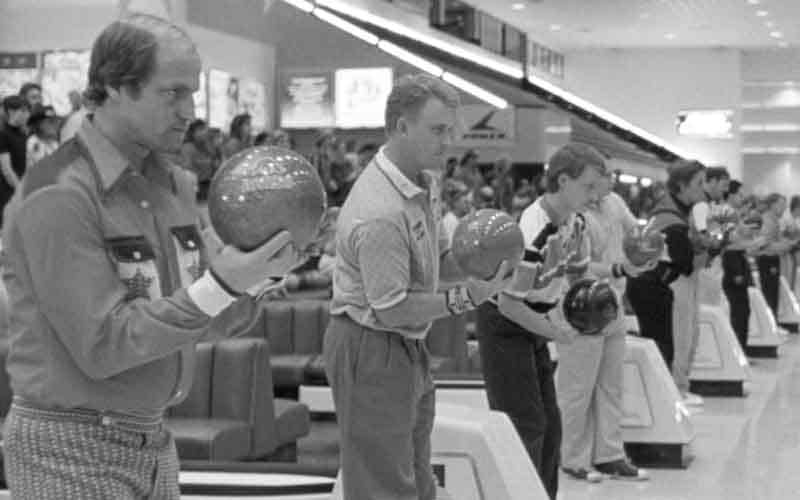 Kingpin (1996) is a mid-90s comedy classic that was one of the first movies to utilize gross-out humor, a tactic that began to take hold following the release of 1999’s American Pie.

It is the story of a bowler named Roy Munson, played by Woody Harrelson, who decides to join the pro tour after winning the state championship in Iowa. After his first pro tournament goes well, Munson is invited to play a few cash games against some local bowlers in hopes of hustling them out of their bankroll.

Unfortunately for Munson, the entire hustle ends up being a setup by a vengeful pro bowler, Ernie McCracken (Bill Murray). The result is [spoiler] the loss of Munson’s bowling hand, removing any chances of earning money on the pro circuit going forth.

Flash forward to the present, and Munson is now a failed bowling supply salesman who has trouble making rent payments on his apartment. His luck begins to change (or so he thinks) when he encounters an Amish bowling prospect by the name of Ishmael (Randy Quaid) while on his sales route.

Roy takes Ishmael under his wing and teaches him how to improve his bowling skills while simultaneously entering him into hustling ventures that rarely result in cash winnings. Over the course of the journey, Roy must face up to his past failures and perhaps even take to the lanes once again.

What qualifies Kingpin for inclusion among our all-time great sports betting movies is the plot element of wagering on bowling games and hustling unsuspecting marks.

Prospective gamblers can be lured into betting on bowling matches by invitation or are inclined to lay some action based on the presumed inexperience of the opposing player.

Sure, betting on bowling can occur between any two players, regardless of how talented they are. However, most skilled bettors are wise enough not to lay any action against a bowler that possesses the prowess of a professional.

Once all bets have been placed, the actor can either continue their charade or decide to reveal the totality of their skill at the time that will benefit their profits the most.

Naturally, the player getting hustled is likely to become angry upon becoming aware of the sleight. This can also serve to up the stakes as the offended competitor can sometimes seek to overcome the hustle by outright winning the game through a series of double-or-nothing bets.

The hustle can continue for several games if bowlers are talented enough to win by enough pins to convince their opponent they’ve got a chance at victory. Most often, the gig is up fairly quickly, so players must maximize wagers while opponents are still willing to partake.

It is a sweet science that can result in healthy profits, or unhealthy beatings, depending on how well the hustle is performed and who the opponent is. The perfect hustle will remain undetected for eternity.

While bowling betting doesn’t often appear as a featured item at the sites that populate our online sportsbook reviews, games are heavily wagered on by the participants and viewers of the bowling match.

Gambling is typically handled on a head-to-head basis, with winner-take-all stakes for all cash that was wagered on the said matchup.

For more information on sports betting and reading the odds, check out our informative FAQs page.