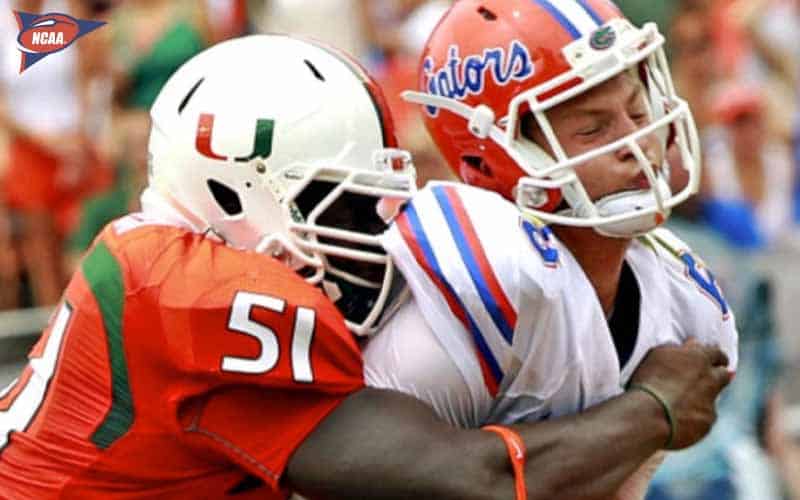 The 2019 college football season officially begins tomorrow with the Camping World Kickoff in Orlando, and the Florida Gators will take on the Miami Hurricanes in a Sunshine State Showdown.

The Gators, ranked #8 in the preseason AP Poll, enter the game as a 7.5-point favorite over the Canes, according to MyBookie. Following a 10-3 season in 2018, Florida has high expectations for 2019.

Feleipe Franks is expected to continue his growth as the starting quarterback for Florida. Last season, Franks threw for 24 TDs and only six interceptions compared to his nine touchdowns and eight picks in 2017.

Florida head coach Dan Mullen has called for Franks, and the rest of the team, to reach their potential.

“We’re the Florida Gators. That’s what the standard is here, is greatness. That’s what we want from these guys,” Mullen said about his guys.

Before they can plan for any postseason trips, UF needs to make it through the University of Miami.

MyBookie gives The U, who is coming off a disappointing 7-6 record in 2018, +240 chances to knock off the favored Gators squad. However, the team is looking to bounce back with their former defensive coordinator Manny Diaz as the new head coach.

The team has also elected to go with a new face at quarterback: Jarren Williams. The sophomore beat out former starter N’Kosi Perry and Ohio State transfer Tate Martell.

Williams is getting guidance from Miami legends, including former quarterbacks Stephen Morris and Brad Kaaya as well as former head coach Jimmy Johnson.

“[Johnson] is a great guy. I love him. He just told me ‘protect the ball’ and told me he liked the way I spin the ball,” Williams said. “He said some nice things and said to take things one step, one play at a time. Don’t let the moment get too big… His speech, it fired me up, I will tell you that.”

Oddsmakers at college football betting sites have set the game’s total at over/under 47 points with -115 odds on the under. Based on last season’s total points per game, 30.8 ppg for Florida and 24.8 ppg for Miami, the game could hit the over (-105).

The Sunshine State Showdown is not the only game this Saturday.

The late-game tomorrow night features a matchup between the Arizona Wildcats and the Hawaii Rainbow Warriors.

The Wildcats are an 11-point favorite over Hawaii with -425 odds to beat the Rainbow Warriors on their home field in Honolulu. The over/under is 73.5 total points with -110 odds on it going either way.