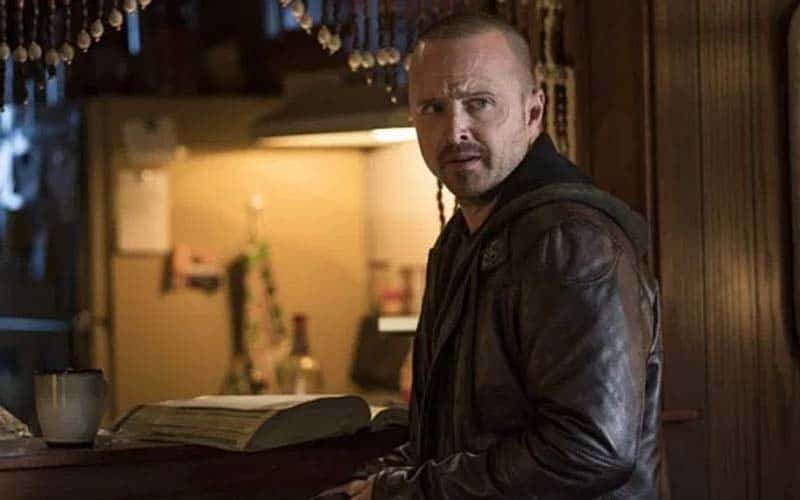 Bust out the lab beakers and chicken fingers, Breaking Bad fans; we’re heading back to the Land of Enchantment.

Netflix is set to release the director Vince Gilligan’s highly-anticipated El Camino: A Breaking Bad Movie on October 11. If fans of the show weren’t already excited enough, BetOnline is accepting action on entertainment prop bets for the film.

In the series finale of Breaking Bad, Walter returns from exile and saves Jesse from slave-labor under the Aryan Brotherhood.

After everyone is killed, Jesse drives away in a Chevrolet El Camino, and a few days ago, we got a brief glimpse at the events immediately following the 2013 season finale.

However, the El Camino is not just a sweet ride, but also “the path” in Spanish.

Given the car Jesse escapes in, the title of the film, and its Spanish translation, it appears that Jesse’s life is in for something revolutionary.

This is probably why oddsmakers favor Jesse living throughout the film at -150 odds. Although BetOnline does give +110 that Jesse does die, so it’s a close call on his fate.

In the event that Jesse does die, oddsmakers are taking action of how he will go. Luckily for Pinkman, and the fans that want the character to finally have a happy ending, this bet also favors him living at -150 odds.

What would be Jesse Pinkman’s method of death?

In the El Camino announcement trailer, released by Netflix on August 24, we see Jesse’s friend, Skinny Pete, getting interrogated by the police.

Later, in the official trailer, released exactly one month after the announcement, Skinny Pete makes another appearance, along with Badger.

While Skinny Pete and Badger are minor characters in Breaking Bad, it gives hope that other fan-favorites could show up in El Camino.

BetOnline favors an appearance from Saul Goodman in El Camino at -500 odds. Goodman was Jesse and Walt’s lawyer and co-conspirator. Goodman also helps Walt go into exile, something he may do for Jesse.

Speaking of Walt, oddsmakers do not think Heisenberg will be in El Camino. In the Breaking Bad finale, after killing Jesse’s captors, the show implies that Walt dies from a gunshot wound he sustained in the ordeal.

Despite this, oddsmakers heavily favor an appearance by Walt in El Camino. Even if Walt is actually dead, it’s likely he could appear in Jesse’s flashbacks.

The final two prop bets focus on businesses featured in Breaking Bad. The first, Gray Matter, is a technology company started by Walt, Elliott, and Gretchen Schwartz. Walt sold his share of the company years earlier, losing out on millions of dollars and ending his romantic relationship with Gretchen.

BetOnline does not expect a mention of Gray Matter, giving the company -500 odds of not being said in the film.

Will Gray Matter be said in El Camino?

Los Pollos Hermanos, on the other hand, is expected to be seen in the movie. The successful fast-food chicken restaurant was used by drug kingpin Gus Fring to launder money and keep a low-profile.

The restaurant chain folds in season five of Breaking Bad, but oddsmakers believe the joint will show up in El Camino at -200 odds.

Will Los Pollos Hermanos be shown in El Camino?