DraftKings’ Stock Plummets: Why the Legal Betting Landscape Is So Volatile 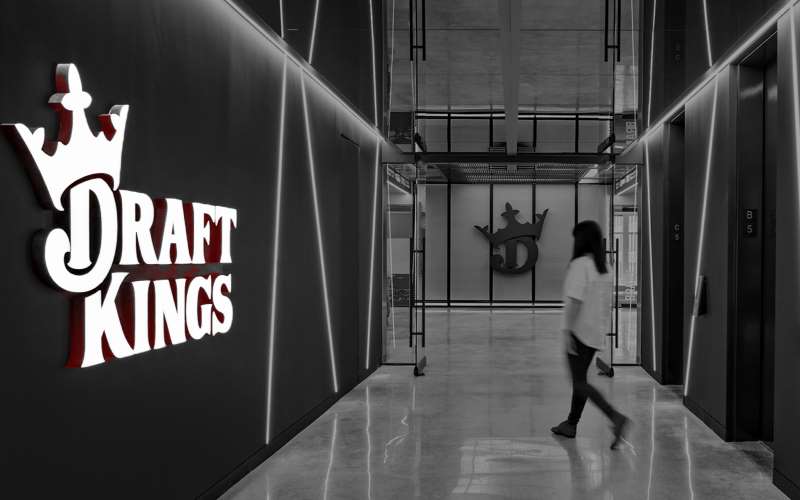 Legal sports betting states have reported back-to-back record-breaking revenues since the start of the NFL season about six months ago. In that time, a handful of states welcomed or expanded sports betting for their residents.

And while state governments and local bettors have both seen massive profits with the advent of legal sportsbooks, operators have continued to fall short.

Sportsbook Stocks On the Decline

Several of the country’s top sportsbooks have seen critical hits to their respective stock values this winter. DraftKings has been the focal point for many industry analysts, as its stock has fallen more drastically than any other competitor.

In January, alone, DraftKings’ stock dropped by more than 20%. These figures are especially astounding when considering that New York’s mobile sportsbook debut, led in large part by DK, topped a $1 billion handle over the same period.

The circumstances are confounding for many, including ourselves. How could the biggest player in the domestic sports betting industry be bleeding out in what is, arguably, its most successful season?

We have a few theories:

DraftKings has claimed a lot of territory in the U.S. since the repeal of PASPA in 2018. However, 2021 became the state’s most expensive year for expansion.

The sportsbook is available in 18 of 33 sports betting states but the most lucrative markets in the US have yet to welcome commercial operators.

With sights locked on California, Florida, and Texas, the company spent several million in lobbying for the opportunity to operate in these states.

However, the first of these efforts has already failed. DraftKings’ commercial betting initiative in Florida cost the company more than $10 million.

Still, the endless adverts and incentives weren’t enough to convince voters to put Florida sports betting on the ballot. One can only imagine how that call with shareholders went…

Beyond such costly investments, DraftKings has lost a lot of its online favorability in recent months. Many have abandoned the platform over concerns of obscenely low wager limits and issues with banking.

On Reddit, the subreddit for sports betting is flooded with complaints alleging that the company has not done enough to support the massive network of players it has accrued.

And with the density of sportsbook competitors, both in-state and offshore, brand loyalty isn’t enough to keep players anymore.

This takes us to our third theory: sports betting simply isn’t as profitable for operators as was once imagined.

With a flooded market and steep tax rates established by wary legislators, any prospective sportsbook needs a multi-million dollar safety net to secure its place in the industry.

Some analysts estimate that it costs about $300 to secure a single sportsbook membership. Still, there are plenty of bettors who won’t even spend that much in their lifetime.

But sportsbook bonuses have always been the love language of the bookie, so much so that it hurts.

Top sportsbooks have given away millions in free plays, skewing the holding figures reported. The numbers that we laymen see in the news are irreflective of the actual profits seen by these sportsbooks.

We likely won’t know how much these groups are losing until a full financial report for 2021 is made public.

But don’t be worried by this news, sportsbooks aren’t going anywhere anytime soon. While DraftKings could certainly lose its throne in the near future, the industry has already embedded itself as a crucial part of American sports and entertainment.

And that is something we can all take comfort in.