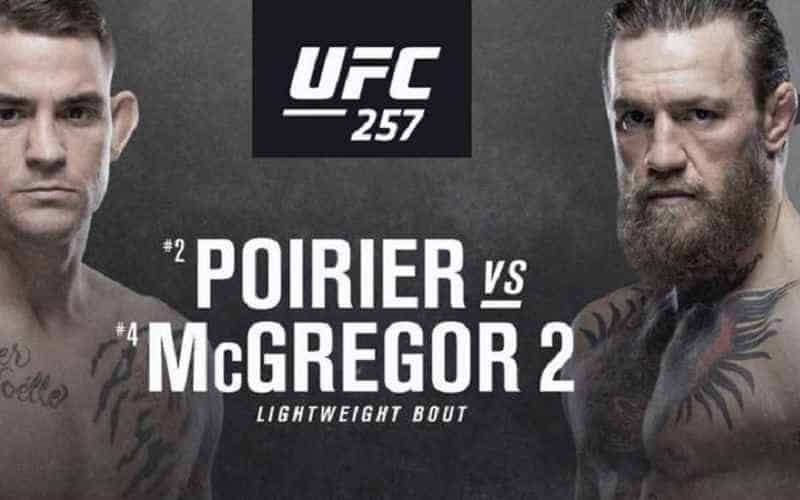 The UFC is a juggernaut promotion on the mixed martial arts scene and rivals boxing as the top combat sport on the planet.

The Ultimate Fighting Championship has produced its fair share of stars, but the most famous fighter to ever enter the Octagon could very well be Conor McGregor.

Saturday’s match is arguably his most high-profile fight since he competed in the realm of boxing where he lost to Floyd “Money” Mayweather in an exhibition.

While Vegas considered the bout to be betting on celebrity boxing, both competitors took it very seriously and were paid handsomely. Ultimately, McGregor did not have the pugilistic skills to hang with one of the best boxers of all time and lost via TKO.

McGregor’s last UFC fight resulted in a first-round knockout of Donald Cerrone after only 40 seconds of competition. The Cerrone bout served as prep for Conor’s return to a full UFC schedule.

Tomorrow night, McGregor enters the Octagon once again to face off against Dustin Poirier. If all goes well, McGregor plans to fight seven times over the next eighteen months in an effort to get his MMA career back on track and to put some respect, and a title, back on his name.

A win versus Poirer will almost certainly secure Conor McGregor a lightweight title shot at a future pay-per-view, and the UFC odds posted at the top combat sports betting sites feature him as a near-certain victor.

While these money line odds could prove to be quite profitable if Poirer is able to win, most experts feel that the fight will end in a similar fashion to the first time these two athletes faced off back in September of 2014 when McGregor was awarded the victory after a series of punches stopped the match.

A more interesting betting alternative is provided by the prop bets offered by the web’s best MMA sportsbooks. The following lines offer more competitive odds, and also provides a glimpse into how and when the fight will end.

Will the fight go the distance?

If these MMA betting odds are accurate, then McGregor will win the fight in the second round, and he will do so via knockout, technical knockout, or disqualification.

That means McGregor will likely move on to a championship belt opportunity in the near future and will lead to more UFC fights in the coming months. That’s great news for MMA fans, and UFC bettors, because McGregor is the top fighting draw going today at sportsbooks and PPV sales.