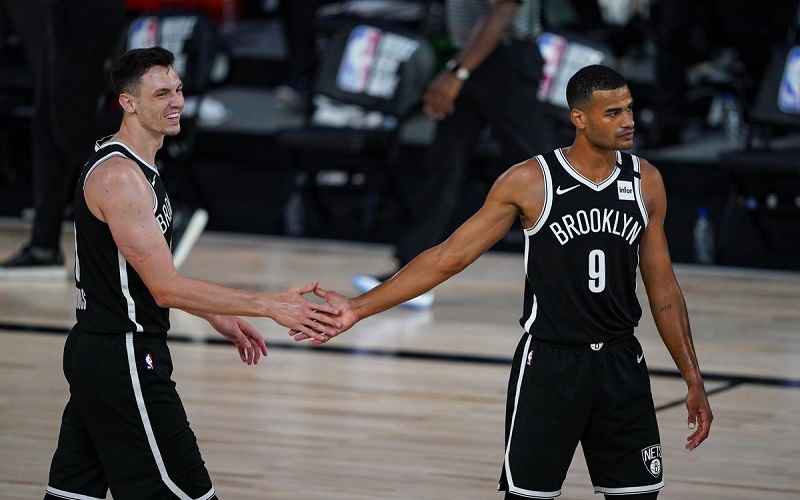 Despite suffering a one-point defeat to the Portland Trailblazers, the Brooklyn Nets have locked up the seventh seed in the Eastern Conference for the NBA playoffs and will face off against the second-seeded Toronto Raptors in a seven-game round one series beginning August 15th.

Oddsmakers and experts in NBA Playoff betting are predicting that the series will be closer than a two vs. seven seeded matchup would normally provide for.

The Nets are missing Kevin Durant and Kyrie Irving, inarguably their two best players, but the team has rallied around the remaining roster and are poised for a deep run into the postseason. The earliest that Irving and Durant will return is next year, as their injuries have ruled them out for the remainder of the 2020 season.

For gamblers that are keen to get in on the NBA betting action early, the following basketball betting lines from Bovada Sportsbook provide the opportunity to wager on which team they think will win the NBA’s Eastern Conference championship and advance to the NBA finals.

As you can see, despite the high hopes that Brooklyn has for their Nets, they are the least favored team to win the Eastern Conference outside of the Orlando Magic, who have no real shot of winning even though they technically have a permanent home-court advantage as all NBA playoff games are being played at the Disney Wide World of Sports Complex in central Florida.

The Nets chances look even grimmer when having a look at the NBA Finals betting odds. Brooklyn once again finds themselves at the bottom of the heap with no real chance at hoisting a championship trophy in 2020.

On the other side of the token, savvy basketball bettors that have an inkling that the Brooklyn Nets are going to go all the way in 2020 and earn an NBA title can take home a large sum of cash.

A $100 wager on the Nets to win the NBA Championship will earn a payout of $20,000 if it happens. That’s not a lot to risk for such a large reward, but it is also an extremely negative indicator of how oddsmakers think the Nets will perform this postseason.

The most highly favored teams to advance to compete to be the 2020 NBA champions are still the Los Angeles Lakers and the Milwaukee Bucks. The LA Clippers are still nipping on the Lakers heels and show promise of giving them a good run for the Western Conference title.

The NBA Playoffs tip off next Monday, and will offer nearly two-months of postseason pro basketball action to their intense fanbase. Sports bettors are delighted as well, as the NBA has provided a top-notch product that appears to be successfully staving off the effects of Coronavirus contagion.

Stay tuned to the latest in sports betting news to keep up with NBA playoff betting developments.