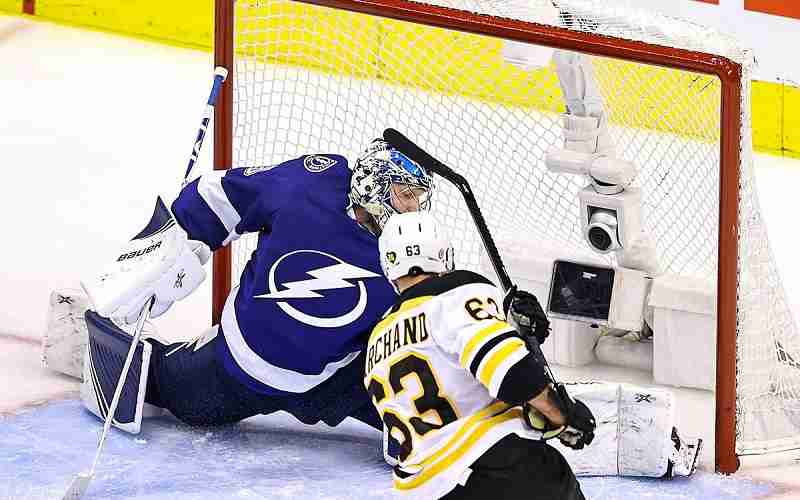 The second round of the NHL postseason is underway, and the Boston Bruins are now feeling the heat after dropping game two of their seven-game series with the Tampa Bay Lightning by a score of 4-3.

Game three begins tonight at 8 PM and early NHL Playoff betting lines have the Bruins favored to win by more than a goal and capture a 2-1 advantage in the series, but can they rally after a heartbreaking defeat in game two?

Oddsmakers and top sportsbooks have been busy producing odds for betting on the NHL, and tonight’s matchup has motivated them to create a few prop bets on in-game occurrences that may or may not affect the outcome of the game.

Quite often during playoff time, fans will gather in social situations to watch their team attempt to advance in their brackets. These situations can inspire betting frenzies where viewers will want to place a wager on the game, but the odds don’t offer enough variety of action.

Sportsbooks include prop bets on big games whenever they can because new gamblers are enticed by them and find that they can add new angles for enjoying their favorite sports. They are also a source of entertainment for bettors who are just wanting to place a single, fun, wager on the game without any long-term commitment.

Team That Will Win the Opening Faceoff

The only issue with these prop bets that gamblers are sure to encounter is that they will have action very early on in the game and could conclude quickly, leaving viewers with limited betting options for the remainder of the contest.

The winner of this second-round NHL playoff series between the Lightning and Bruins will advance to the Eastern Conference Finals and face off against the winner between the Colorado Avalanche and Dallas Stars. Dallas currently holds a 2-0 advantage and appears positioned to move on, although according to the following NHL Stanley Cup betting odds, they are not predicted to fare well against Tampa Bay or Boston.

In many ways, the Lightning vs. Bruins matchup serves as the premiere Eastern Conference playoff battle, as both are the leading contenders to win their side of the bracket and eventually compete against the Vegas Golden Knights for the NHL Stanley Cup.

Perhaps the Stars can rest up and get a good game plan together for the winner between the Bruins and the Lightning as they may get finished early while Tampa and Boston’s series goes to seven games. If you’ve got a hunch that Dallas can go all the way, a wager of $100 can earn a hefty cash sum of $525 if they’ve got a Stanley Cup TItle in their immediate future.