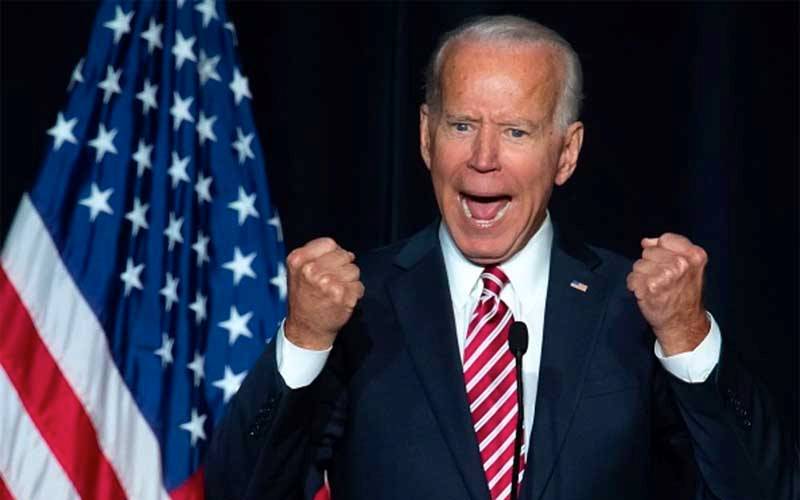 Ever since Bernie Sanders ended his 2020 Presidential campaign and dropped out of the race, Donald Trump has held a commanding lead over Joe Biden at political betting sites.

After a weekend of protests across the country demanding justice reform following the death of George Floyd while in the custody of the Minneapolis Police Department, the Presidential election odds have tightened, with some books now featuring Biden as a favorite to win.

BetOnline saw the biggest swing, with Biden engineering a 75-point flip-flop on the betting boards, as you can see below.

Odds to Win the Presidential Election

Just two days ago, President Trump was a heavy favorite with -135 odds compared to Biden’s +110, a massive spread of 45 points.  Now, Biden is 30 points up and looking to build on his momentum in an effort to secure the Oval Office.

So what happened on Tuesday to cause such a significant flip in the action? The answer likely lies within the content of a speech that Biden gave to the people of Philadelphia, PA, on Tuesday afternoon.

“The president held up the Bible at St. John’s Church yesterday. I just wish he opened it once in a while instead of brandishing it. If he opened it, he could have learned something. That we’re all called to love one another as we love ourselves.”

– Excerpt from Joe Biden’s speech in Philadelphia on June 2, 2020

Biden’s compassionate message must have made an impact on people interested in political wagering with legal sports betting sites, because as of this morning, the odds for the next President of the United States are the tightest they’ve been since Sanders was in the race.

Both 2020 Presidential candidates have had their ups and downs over the course of their campaigns, but the civil unrest that is occurring right now could prove to be a game-changer, not just for this election, but for the history of the country.

The contender that ends up on the winning side of the police brutality protests could end up becoming the next President of the USA. With protests continuing on in major cities across the country with no end in sight, it is now time for a response from an authority figure detailing their plan of action to rectify the situation.

While Biden is offering support to the protesters and stating his intent to address the systemic racial profiling by police department agencies across the country, Trump is threatening to deploy the US military to “control the protests,” according to the New York Times.

Despite this seismic shift in the odds at BetOnline, other online sportsbooks featuring political prop betting lines still have Trump in the lead, but those margins have narrowed as well. Can Biden step on the gas and soar past the Donald all the way to the finish line?

As the protests continue, it is becoming more evident that they will not cease until a solution is provided. Trump and Biden’s political futures are riding on how this situation resolves, and it will be incredibly interesting to see how it affects the polls, and more importantly, Trump’s reelection odds, over the coming days.