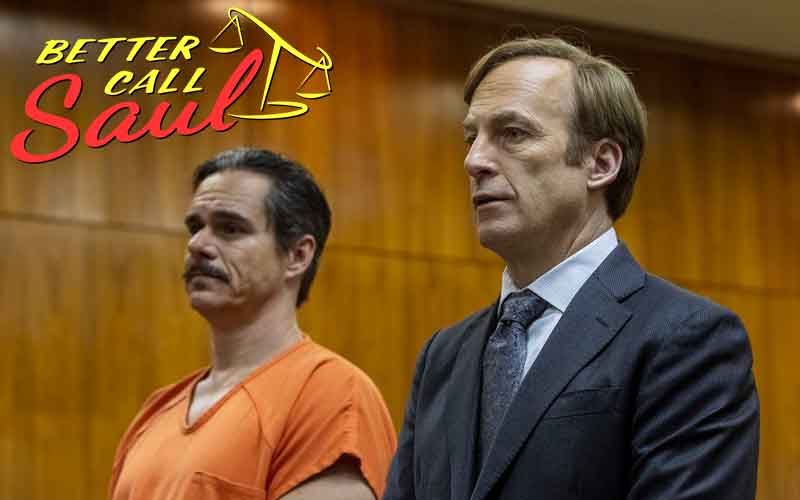 The mid-season finale of Better Call Saul ended with a cliffhanger than has fans salivating for the remaining six episodes of the AMC hit series’ 6-year run.

The final episodes of AMC’s Better Call Saul will begin July 11th on AMC, and legal entertainment betting sites have joined in on the excitement by producing several lines asking gamblers to risk some cash on a variety potential outcomes.

If Kim Wexler is Murdered, Who Will be the Murderer?

Tony Dalton plays Lalo Salamanca, an untouchable member of the Mexican drug cartel and current odds leader for Kim Wexler’s murder, assuming she gets offed during the final half of season 6.

Lalo is so heavily favored that his moneyline odds are listed in the negative at -115, requiring more money to be risked than can be won. All other characters are in play in the above Better Call Saul prop bet, with exponential payouts available no matter who entertainment gamblers lay their action on.

What Episode Will Kim Wexler Perish?

If we completely buy into these Better Call Saul betting lines, assumptions can be made that Kim Wexler will die during the final three episodes. The same can be said for Lalo, as his death is also projected to happen somewhere between episodes 11-13.

What Episode Will Lalo Salamanca Perish?

Kim Wexler does have a decent shot at survival according to the following odds for betting on television shows, but her chances of dying are also drawing close to even.

What Happens Next For Kim Wexler?

What Will Happen First To Lalo Salamanca?

Lalo Salamanca is heavily favored to storm Fring’s lab prior to getting killed, and there is also an over/under for how many security guards he takes out prior to his likely demise.

The above over/under for security guards that Lalo kills is set at 4.5, with the edge going to 4 or fewer total. The next three Better Call Saul prop bets involve wagering on who will see a particular character first.

Who Will be Seen First?

Who Will be Seen First?

Who Will See Lalo Salamanca First?

There are several narrative components in play that need to be resolved prior to the finale of Better Call Saul on August 15th, so place your bets now before the odds disappear.

Here are the remainder of the Better Call Saul betting odds that are on the boards right now.

Will Kim Wexler Use The Vacuum Guy To Escape?

Will Nacho Varga’s Father be Seen