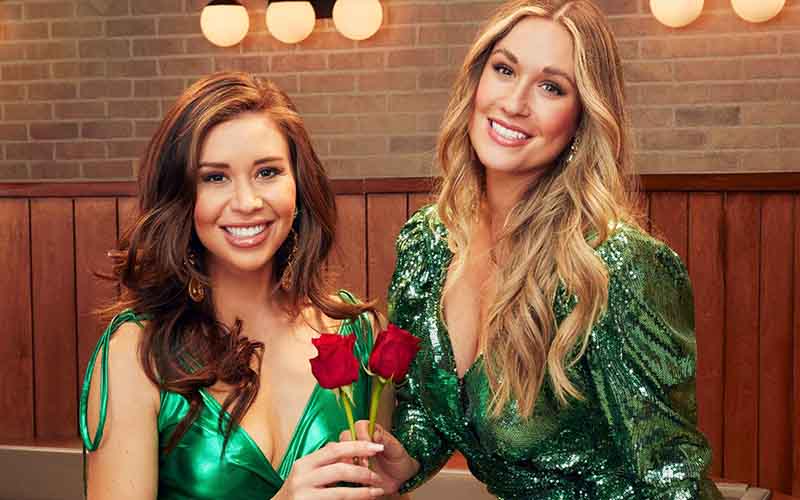 The first two episodes of Season 19 of The Bachelorette have dropped on ABC and has now prompted legal entertainment betting sites to come up with a few props that ask about the fate of the show’s two romantic leads over the next 17 months.

The twist this season is that there are two female suitors looking for a male romantic interest, both of whom were among the finalists for The Bachelor Season 26.

Rather than absolve themselves from this reality show television format and succumb to traditional human mating methodologies, both Gabby Windey and Rachel Recchia have decided to give it another go in front of a national audience. At least this time they get to do the choosing.

Speaking of choosing, here is a preview of the men that hope to capture the hearts of Gabby or Rachel.

Windey hails from Illinois and works as a nurse in the Intensive Care Unit, but will she be returning home to a husband that was also a Bachelorette finalist after she completes each shift?

The next two entertainment prop bets suggest that marriage is not in the cards for Gabby Windey, at least not to a Bachelorette 19 finalist prior to New Year’s Day of 2024. None of the following odds for Bachelorette betting will receive action unless a Final Rose Ceremony takes place.

Will Gabby Windey Marry the Recipient Of Final Rose By 12/31/23?

Rachel Recchia is from Florida and works as a flight attendant, but has been unable to land a husband even after making it to the finals of The Bachelor 26.

The oddsmakers also feel that Recchia is not going to tie the knot prior to the conclusion of 2023, but will reward bettors with large payouts should they decide to place a wager right now.

Will Rachel Recchia Marry the Recipient Of Final Rose By 12/31/23?

We say right now because the above Bachelorette betting lines may not conclude until the end of next year. That is definitely a long time to wait for payouts, but that’s why the moneyline odds are so high.

If entertainment gamblers place a $100 bet on Rachel Recchia to marry the contestant that receives the Final Rose before the end of 2023 and it happens, they’ll earn a net payout of $400.

The finale of The Bachelorette 19 is not on the books just yet, but it typically takes place during the middle of September. We’re hopeful that there will be Bachelorette futures odds featuring each contestant well in advance of the Final Rose Ceremony, but until now, the above prop bets will have to suffice.

For more information on the inner workings of Bachelorette prop bets, be sure to read our guide on how to read betting odds.

The Bachelorette On ABC | Bovada Sportsbook