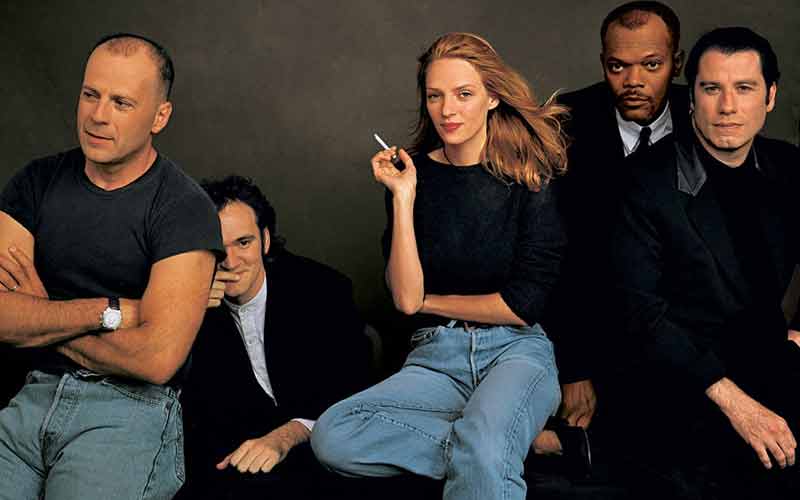 With the Academy Awards fast approaching, the betting odds for the 2021 Oscars have caused our writing staff to look to the past and unearth a few critically acclaimed movies that have ties to the world of sports betting.

Back in 1995 at the 67th Annual Academy Awards, Quentin Tarantino and Roger Avary delivered on their longshot odds of winning an Oscar by earning the Best Original Screenplay honors with Pulp Fiction.

At the time, Quentin Tarantino had only directed the cult hit Reservoir Dogs, but soon parlayed that success into convincing a studio to back his ambitious tale of the Los Angeles underworld in the mid-1990s.

The film was the darling of awards season that year and launched, or re-launched, the careers of several actors and filmmakers. Pulp Fiction has stood the test of time as one of the most important movies ever made, but how does it involve betting on sports?

How Is Sports Betting Involved In Pulp Fiction?

Bruce Willis plays the role of aging professional boxer Butch Coolidge. He accepts a bribe from local mafia boss Marsellus Wallace, played by Ving Rhames, and agrees to take a fall in the 5th round of his next fight.

The idea is that Wallace, by fixing the fight, will be able to place a large amount of money on a highly improbable outcome, and clean up at the local sportsbook.

Instead of going down in the 5th round like instructed, Coolidge instead opts to knock out his opponent and win the fight. Butch took the money that was given to him by Wallace as a bribe and bet it on himself.

One sinister element of this plot point that isn’t often discussed is the fact that Butch killed a fighter that was expecting to win a fixed match. That means that his opponent would not put up the usual defense against an attack from Butch the way he would in a legitimate, competitive bout.

Basically, Coolidge delivered a death blow even though he knew that his opponent would not offer it much defense at all.

It can be assumed that Wallace would ask Butch to take the dive at the exact moment where it would be most improbable, delivering him the highest possible payout.

“The night of the fight you might feel a slight sting. That’s pride, f***ing with you… In the fifth, your ass goes down.”

In order to not draw too much attention from regional oddsmakers, placing a bet with a boxing sportsbook would need to be done as close to the fight as possible. Because of the timeline involved with the bribe, Coolidge would also be placing his wager around that same time.

One of the most frequently asked questions regarding sports betting is how the odds work. In this case, betting on a boxer to lose in a particular round would be considered a prop bet, and because of its specific occurrence, would payout at more than the amount that was risked by the bettor (Wallace).

We’re not certain how Coolidge placed his bet, but we do know that he won his wager. He most likely bet on himself to outright win the fight, but we can also assume that he was heavily favored, otherwise Wallace wouldn’t have been able to make such a healthy profit on Coolidge losing.

Here’s where it gets weird. Butch Coolidge opted to take a bribe from a mob boss which resulted in a death contract being placed on his head. For what?

He could have instead accepted the bribe, taken the dive as instructed, and placed his bankroll on the exact same outcome that Wallace did. He’d have earned an astronomically higher sum than he did by simply betting on himself to win, and he wouldn’t have needed to leave town with his girlfriend.

Think of all the lives that could have been spared if Butch Coolidge had simply swallowed his pride and taken the fall. Vincent Vega would have lived, Marsellus Wallace would not have been sexually assaulted, and his opponent in the boxing ring could have fought another day.

Perhaps Butch is no hero, after all. It must be noted, however, Zed did deserve to die.