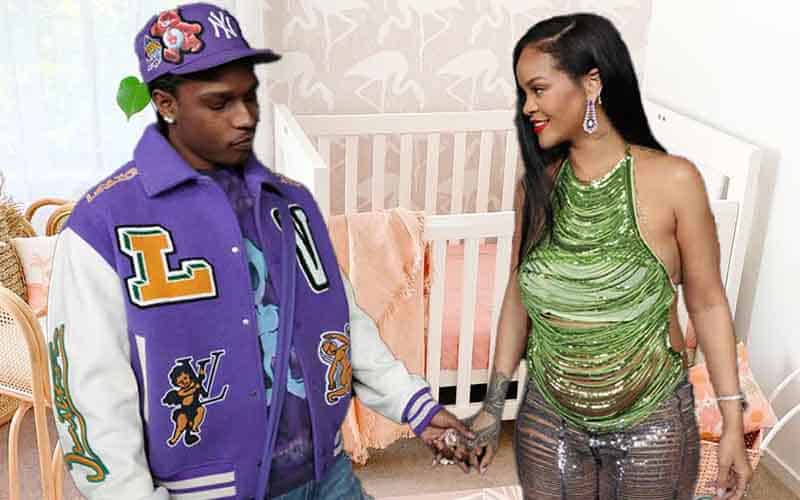 The spectrum of betting on celebrities mostly involves placing a wager on the odds of next romantic partners, wedding plans, the date of a newborn’s arrival, and the potential name of the new baby.

New lines for entertainment betting have debuted asking gamblers a number of questions regarding the budding relationship between musicians Rihanna and A$AP Rocky.

Although the couple tried to keep the secret as long as they could, a recent public appearance by Rihanna revealed a large baby bump that inspired questions from friends, family, and of course, the press.

In a recent interview with E! News, Rihanna explained how tough it was to keep the pregnancy a secret because of changes she was forced to make, such as refraining from alcohol and marijuana consumption.

Now that the new baby has been announced, entertainment prop bets are on the boards at online sportsbooks asking a number of questions in regard to the burgeoning family unit.

Neither A$AP Rocky nor Rihanna have disclosed the gender of their child, and it is unknown as to whether they’ve been given that information at such an early stage in the pregnancy.

The gender of a child can be revealed after 18 to 21 weeks into the pregnancy, and judging by Rihanna’s current stature, whether the baby will be a boy or a girl is likely already known if the parents chose to have that information provided to them.

While odds for celebrity divorce betting are often on the boards, the following prop is taking action on whether Rihanna and A$AP Rocky will get married prior to the arrival of their child.

Will Rihanna And A$AP Rocky Get Married?

The entertainment betting odds suggest that the couple will not get married prior to their child’s birthday, but MyBookie will reward gamblers with a net payout of $2.50 for each dollar risked on an outcome of yes.

Will Rihanna Have Twins?

The likelihood of Rihanna having twins is very low with a profitable moneyline for an outcome of yes that is set at +900. Many celebrities undergo medical intervention in order to produce twin babies, but in this case, Rihanna’s pregnancy seems to be more of a pleasant surprise.

These entertainment prop bets have a shelf life of roughly six months and could expire at any given moment so take action now. Also on the boards is the following line for the next celebrity couple to tie the knot.

Which Couple Will Get Married First?

Regardless of which celebrity couple is bet on, more than double the amount of the wager can be won by choosing correctly. Just be mindful not to wager any bonus dollars on this line because the conclusion could occur beyond your term limits.