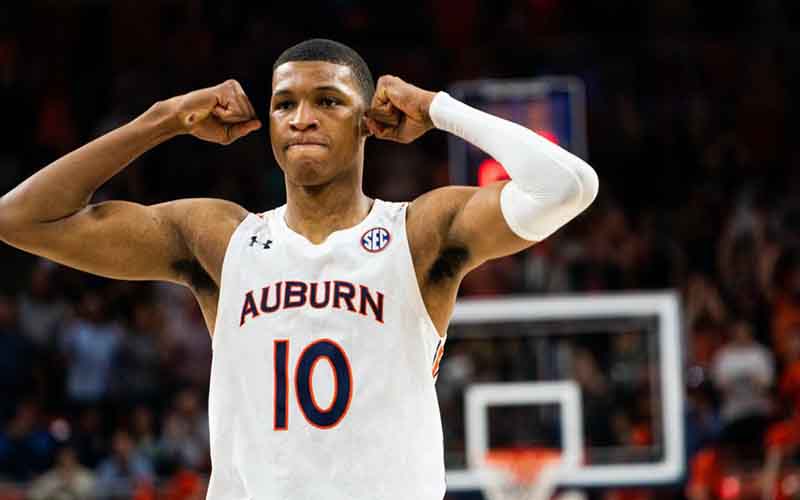 The NBA Draft is a beast unlike any other in professional sports. The top selection is acquired via a lottery that includes the bottom-dwelling franchises from the prior season, and the entire affair only lasts a total of two rounds.

The Orlando Magic were lucky enough, or dismal enough, to acquire the top overall pick for 2022, and they’ve had plenty of suitors for that top selection leading into draft night.

The top NBA Draft betting sites all seem to agree that Jabari Smith, Jr. will be the top selection of the Magic, or whoever ends up with the number one pick by 8 PM.

Smith, a 6’10” power forward out of Auburn University, now holds the top spot at online NBA sportsbooks that are offering odds for tonight’s draft.

That wasn’t always the case, however, as Duke power forward Paolo Banchero had held that spot until recently. What changed?

What we do know for certain is that the odds shifting upward for Smith are a direct result of the betting activities of the past few days. Are the Magic spooked on Banchero or has Smith simply risen up the ranks?

There is also the potential for another team to step in and make the first overall selection, and that franchise could be the one that’s sweet on picking Smith number one overall.

For now, here is the order of the first round of tonight’s NBA Draft.

Banchero isn’t projected to stick around long if he isn’t selected number one as he’s the overwhelming favorite to go number 3 to the Houston Rockets.

The current odds leader to be the number 2 pick to the Oklahoma City Thunder is Chet Holmgren, a 7′ power forward out of Gonzaga University. Chet is more of a shooter than an inside presence, even at 7′ tall, making Smith and Banchero bigger-bodied options at the top of the draft pool.

Betting lines for the 2022 NBA Draft will remain active at the websites included in our top online sportsbook reviews, so be sure to browse through each one of them to investigate the variances in the odds and exploit them to the tune of higher payouts.

These NBA Draft prop bets will remain on the boards until a selection is made in real-time, but don’t wait too long as the entire affair only lasts two rounds and is over quickly.