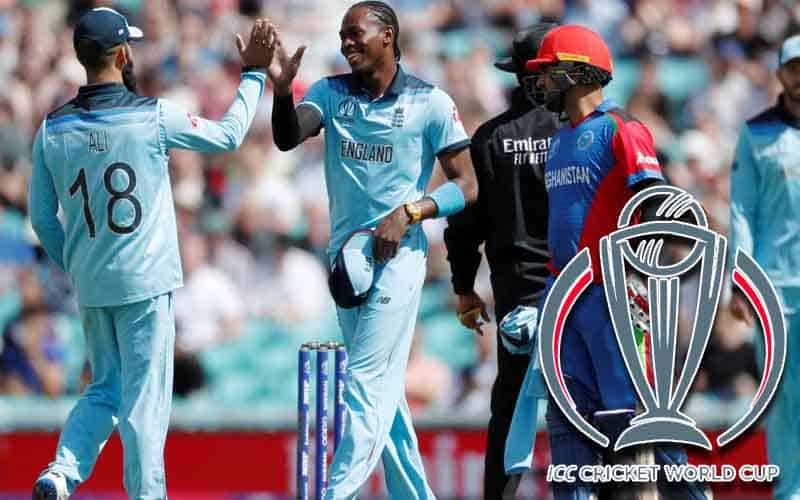 The 2019 ICC Cricket World Cup Final is set, and the betting odds have been released.

Oddsmakers opened host England as the heavy favorites over New Zealand for the Final immediately following the Englishmen destroying Australia by 8 wickets in the semifinal match today.

New Zealand earned their spot in the Final for the second straight tournament. India, the team most people associate with premier cricket, have now been bowled out in the semifinals for the last two consecutive World Cups.

The Kiwis were able to stun India despite a rally by the Indians late in the match.

England was able to knock out the defending champion Australian team Thursday, reaching their first Final since 1992.

England won their match by 8-wickets with 107 balls to spare, putting down an underperforming Australian squad.

Steve Smith was the only Australian batsman to pass 50 runs while Jason Roy was able to reach 85 for England.

England was the pre-tournament favorite coming into the World Cup and their semifinal match proved why. The team now sits as the favorite against New Zealand in the Final and hopes to dominate the match on July 14.

Cricket’s objective, like baseball, is to score more runs than the opposing team.

Each team features 11 players, plus one substitute.

The fielding team puts all 11 players onto the field, including one bowler to deliver the ball overhand style to the other team, while the batting team inserts two batsmen. Batsmen always bat in pairs and they cannot bat alone.

The batsmen score runs by hitting the ball, but they also defend their wickets. (Wickets are three wooden stumps in the ground with two small bails resting on top.)

If the batsman hits the ball and alternates sides of the pitch with the other batsman, the team scores one run.

A run is also scored if the bowler throws an illegal ball.

The fielding team tries to get the batting team out in several ways. The most common are:

Once a batsman is out, he is replaced by the next batsman in the lineup.

When ten batsmen are out, the teams change sides and the fielding teams bats. After each team has had their turns, the highest run total wins.

A few other key things to know are that a bowler must deliver six legal balls to a batsman. Six legal bowls equal one over. After the over, a new bowler delivers the ball from the opposite of the pitch. The World Cup plays a 50-over format of cricket.

What to look for when betting on cricket

Understanding the sport, at least in part, is key to successful betting in cricket.

Although the sport is not very popular in America, cricket is considered the second-most popular sport in the world behind soccer, many highlights, guides, and information is always readily available.

Cricket betting strategy has similar components to baseball and soccer.

Bettors must analyze the batting and fielding of each team, as one team’s bowling or defense may outmatch another team’s hitting. Other things to consider are outside factors like weather, home-field advantage, field conditions, and injuries.