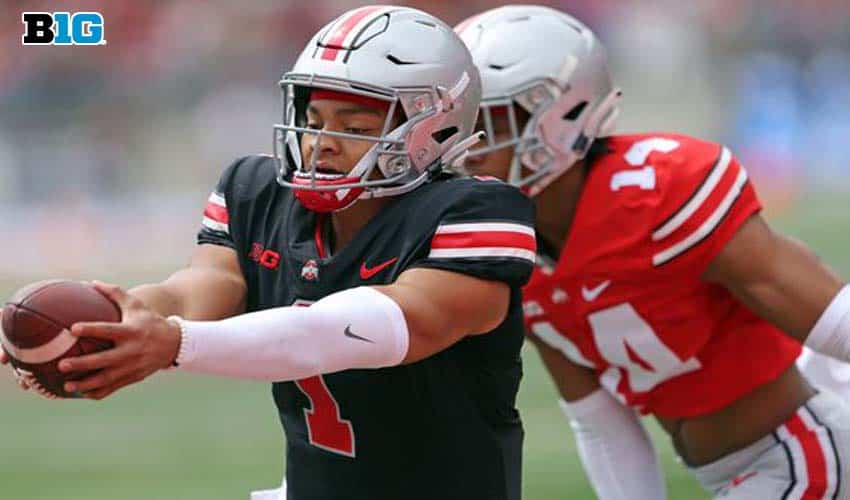 Since the College Football Playoff’s first year in 2014, Ohio State has won three Big Ten conference championships, including the national title in the playoff’s inaugural year.

The Buckeyes are favored at +100 odds to pull off a Big Ten title three-peat after winning the previous two championships in 2017 and 2018. However, nothing is guaranteed in college football, or in betting on college football.

With all the personnel changes for the Buckeyes, Michigan is looking to mount their attack. The Wolverines are close behind in odds at +200 to win the Big Ten title, odds that are most definitely garnering the attention of those planning to bet on college football this season.

Michigan has not won a conference championship since 2004. But entering Jim Harbaugh’s fifth season after a 10-3 record in 2018, the season’s outlook is bright. The team has added offensive coordinator Josh Gattis to implement a spread offense that will benefit QB Shea Patterson.

Coach Harbaugh believes in his 2019 squad. “I think we’ve got a special team right now. It’s a young and enthusiastic team but a very experienced team. Really good at the quarterback position, really good upfront in the offensive line.”

The teams with the worst chances in 2019, Illinois and Rutgers (both with +10000 odds), finished at the bottom of the conference in 2018. Rutgers had an abysmal 1-11 record, losing 11 straight after their season-opening win. Illinois finished 4-8, but only 2-7 in conference play. Expect similar results in 2019.

The college football season begins August 24, but the first Big Ten matchup of the year takes place in Week 2 between Rutgers and Iowa on September 7 in Iowa City.

A full list of the Big Ten odds via MyBookie can be found below.