RAWA & How It Could Affect Legal Online Gambling In The US 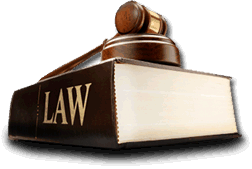 Numerous states are frightened by the possibility of the Restoration of America’s Wire Act (RAWA) being enacted as an American federal gambling law as many proponents have shared their support for the bill. Some confusion centers around the bill's title to restore the Wire Act yet through further inspection of the bill proposed, RAWA does no such thing. In fact, RAWA creates an entirely new policy for America’s online gambling market by explicitly prohibiting it.

The Restoration of America’s Wire Act was first introduced in 2014 to reverse the Department of Justice’s 2011 Opinion Memorandum which narrowed the scope of past interpretations of the 1961 Federal Wire Act. In 2001, the DOJ interpreted the use of the Wire Act to prohibit all forms of online gambling domestically and abroad via pressure by anti-gambling legislators. However, considering the original intent of JFK’s Wire Act was to curb illicit racketeering operations by the mob via inter-state betting information sharing by criminalizing the use of wired services to communicate such information the DOJ’s interpretation extended beyond its jurisdiction particularly by banning offshore online platforms.

The DOJ 2011 memo corrected its previous interpretations and limited the Wire Act’s scope to prohibiting domestic sports betting. This allowed offshore gambling providers to reenter the US market and permitted states the option to regulate and launch their own online casino gambling and online poker platforms. This surge of domestic online gambling expansion stirred anti-online legislators such as Senator Dianne Feinstein and Lindsey Graham to co-op a bi-partisan letter imploring the Department of Justice to reverse their stance.

After failed attempts to pressure the DOJ once more, South Carolina Senator Lindsey Graham and fellow anti-gambling lawmaker Utah Representative Jason Chaffetz introduced RAWA to the Congressional Floor in the Spring of 2014. Supporters of RAWA claimed the bill would address online gaming concerns toward addiction, child safety, money laundering, and terrorism which online gambling supposedly intensifies. However, RAWA was written to officially overturn the DOJ’s 2011 memorandum by reinterpreting the Wire Act to fit self-serving needs and the interest of backers such as Sheldon Adelson, a Brick and Mortar casino billionaire.

While RAWA would completely cut access to foreign online gambling sites, it would also shut down domestic operations. RAWA would revoke the rights of states and allow the federal government to implement a blanket ban. This would violate individual state rights to allow online gambling forms, as well as, economically effect states which have launched online offers such as Delaware, Nevada, New Jersey, and more.

The Pushback On RAWA

Major reasons why RAWA hasn’t gained much progression lies in conflicts of interest regarding Sheldon Adelson as the bill’s main backer. This and his support for the Coalition to Stop Internet Gambling show RAWA is influenced by a special interest agenda. In order for RAWA to be taken seriously, Sheldon Adelson must remove himself from the process.

However, this is not the only issue facing RAWA from becoming law. Numerous individuals cited the need for RAWA to be presented to Congress during an election year. Other issues involve gaining conservative support for the bill by aligning them with the idea of the Federal Government revoking individual state rights, which is not an easy task, as well as, possibly creating exemptions for states with existing online offers in order to gain more support.

On the other hand, in order to end the influence of monetary benefits, i.e. special interest and private groups, a grassroots movement to Downsize DC has erupted. This group intends to remind state representative who exactly they work for and represent – the people, not corporations. The group is making strides to prevent big money from influencing political decisions which would impact the public and it will be interesting to see their effect on RAWA and other anti-gambling expansion bills.