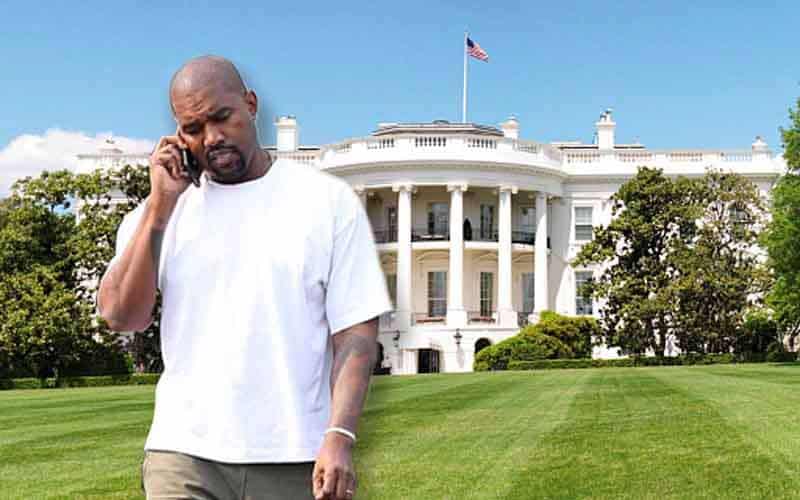 As Independence Day celebrations were underway across the nation, Kanye West took to Twitter to reveal some fireworks of his own, announcing that he is now a 2020 Presidential candidate.

Although Kanye has already missed filing deadlines to run for President in Texas, New York, Indiana, Maine, New Mexico, and North Carolina, he can always be voted in as a write-in candidate in those regions. Then again, so can anyone that is a US citizen above 35 years of age.

Many are now wondering if this is a legit attempt at attaining the White House come November, or is it merely a publicity stunt to hype his new LP, “God’s Country,” which just so happens to drop this week.

His tweet announcing his candidacy was retweeted by his spouse, and fellow billionaire, Kim Kardashian, and he has also received vocal support from SpaceX CEO and marijuana enthusiast, Elon Musk.

Could West’s candidacy be a smokescreen to split the African American vote and draw support away from presumptive Democratic Presidential candidate, Joe Biden?

Much of the speculation regarding West’s intention to draw votes from Biden comes from his support for Trump over the past few years. If he thinks that the President is doing such a great job, why would he run against him?

To add fuel to that fire, the Daily Sun recently reported that Kanye’s shoe company, Yeezy, LLC, was the recipient of a loan that totaled between $2-$5 million dollars. The loan was provided by the CARES Act, which is intended to help businesses cover employee paycheck expenses during the COVID-19 lockdown.

Although a Kanye West campaign may seem like a joke to many, political sportsbooks were quick to update their odds and include him as a viable candidate. BetOnline has provided the following odds that feature West as the fifth most likely candidate to win the election.

Odds to Win the 2020 Presidential Election

West is ranked behind Hillary Clinton in the political betting odds, who could potentially become the DNC’s nominee if a brokered Democratic Convention occurs, which at this point seems incredibly unlikely.

Converting Kanye’s odds to their intrinsic value reveals that he as a 1% chance at winning the Presidential election in 2020. BetOnline has also added political prop betting lines for whether he will carry a state in 2020 – again, incredibly unlikely.

Will Kanye West win a state in the 2020 election?

2020 has been a pretty wild year across the board, and the USA deserves a reprieve from our new norm of misery and catastrophe. Kanye West’s participation in the Presidential debates could deliver some much-needed entertainment to the American public, and there is potential for that to happen.

A wager of $100 on Kanye to stand alongside Trump and Biden on the debate circuit will earn $700 if it occurs.

Will Kayne West participate in the 2020 Presidential debates?

Trump has slowed down on his use of Twitter recently but he is still pretty active. There are now betting odds placed on the President tweeting the word “Kanye” in an upcoming post. Whether Trump’s tweet is supportive or not will go a long way toward determining if they are on the same page, or if this is viewed as a betrayal by the President.

Perhaps in the coming days, West’s candidacy will be revealed as a publicity stunt. Until then, it seems that political pundits and sportsbooks alike are taking his run seriously.