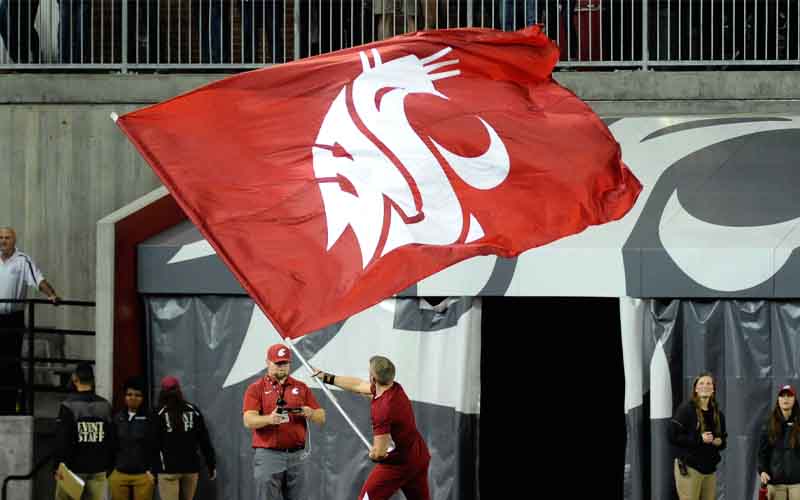 Whether it’s touching Howard’s Rock for Clemson, Rolling Toomer’s Corner for Auburn, or dotting the “i” for Ohio State, some things are definite throughout the season.

However, one of the most unique college football traditions belongs to Washington State University.

Beginning on October 18, 2003 during an episode of ESPN’s College Gameday in Austin for the Kansas State-Texas game, the first nationally televised flying of the Washington State flag was performed.

Since then, Washington State fans, alumni, and students have made sure the school’s flag, affectionately known as Ol’ Crimson, has flown during every College Gameday broadcast.

But that streak could be in jeopardy.

The 2019 college season begins August 24 with the Camping World Kickoff between the Miami Hurricanes and Florida Gators in Orlando. Since this is a neutral-site game for the two rivals, the broadcast, which is usually held on the home team’s campus, will be held at Disney World’s Magic Kingdom.

Disney, who owns ESPN, has a long-standing rule in their parks: no flags may be flown on Walt Disney World Resort property.

So far, there is no indication that ESPN will seek an exemption for Washington State. Nevertheless, oddsmakers at MyBookie believe Ol’ Crimson will make an appearance this Saturday with -400 odds that the flag will fly during College Gameday.

Will the Washington State flag fly on College Gameday August 24?

According to the booster club’s website dedicated to the tradition, Ol’ Crimson has appeared in 224 consecutive shows, the last being Gameday’s final 2018 regular-season broadcast in Philadelphia.

If Ol’ Crimson’s streak does come to an end, it should not be seen as a failure. Not only has the group flown the flag 224 times, they accomplished their main goal: get Gameday to their campus.

CJ McCoy, the coordinator for the booster’s website, says it’s all about fun and pride at this point.

“We do this because it’s about joy, and there are a lot of Cougars that’ll wake up early on the West Coast and see the flag and go back to sleep. They just want to make sure that it got there. And if it wasn’t for those Coug fans out there that really want to wave the flag and show their pride, this wouldn’t happen.”

If worse comes to worst, the College Gameday crew could employ their plan from 2009. In a promo for the show, Kirk Herbstreit places a miniature WSU flag on the desk in honor of the Cougar fans that could not make it to that week’s show.