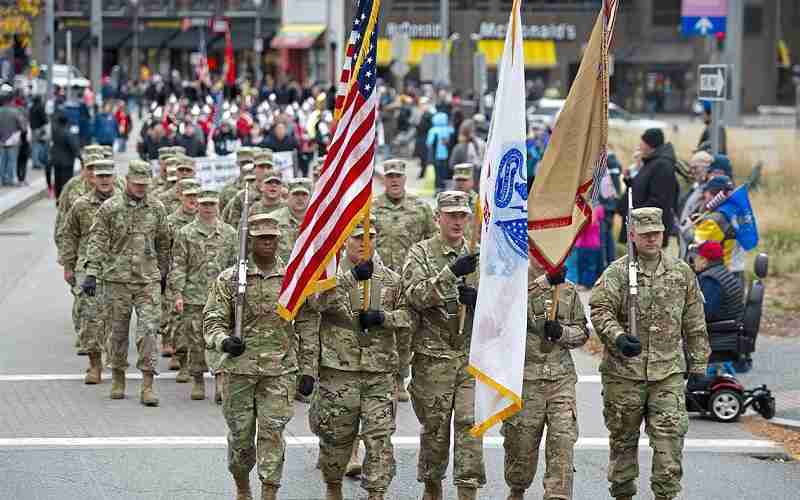 It’s easy to lose perspective of how good we’ve got it in the United States. Sure, there’s a clear divide among political ideologies right now, but that’s part of what make’s this county so great. We each have the right to be divided and to express that opinion without fear of legal penalty.

The many blessings that we have as a nation can be directly attributed to the efforts of a member of the armed services. Without military strength, these lands would not have been acquired, nor could they have been fortified and protected for 244 years.

Memorial Day is dedicated to the memory of soldiers that paid the ultimate price and lost their lives while serving in the United States military.

While we can’t personally thank them for their sacrifice, we can give pause and honor their service and take time to appreciate what they’ve provided for us at least one day a year.

Veterans Day honors all current and former members of the armed forces. If you know someone who has served the United States military, you have the unique opportunity to thank them for their tenure and the blessings that are provided by what they have done and are currently doing.

Think about it for a moment. We actually have the extra time to be concerned about sports betting in the United States. It stokes the passion of many bettors inside of the United States, and the emotional status of the workweek can highly depend on the outcomes of the prior weekend’s games.

The fact that we have the freedom, the spare income, and the spare time to concern ourselves with pure entertainment indicates that we really are living in a special country unlike any other on the planet.

While not all US states have legalized domestic sports betting, almost half of them have, with more dipping their toes into the waters each year.

Offshore betting sites are able to take bets from US-based patrons because federal gambling laws don’t outlaw the act of betting on sports with an international book over the web.

While other civilized countries like the United Arab Emirates, Singapore, and Japan have incredibly strict laws that harshly punish the bettors and the operations, the United States recognizes the lack of governance that their gambling laws provide in regard to international sports betting over the web, and rarely make any moves to prevent it.

Even when the United States government is prompted to target an international sportsbook, they go after the operators and not the patrons of the sportsbook site.

The bottom line is, no matter what US state you reside in, chances are you’ve got a legitimate option to wager on sports at your disposal, be it domestic brick-and-mortar facilities, or international sportsbooks.

The country will celebrate its Sestercentennial in 2026. 250 years is a long time, and with a little bit of luck, and the help of the exceptional men and women who are brave enough to adorn a military uniform and defend our country, we’ll be around for 250 more.