The Start Of The 2018 NBA Playoffs Is Here 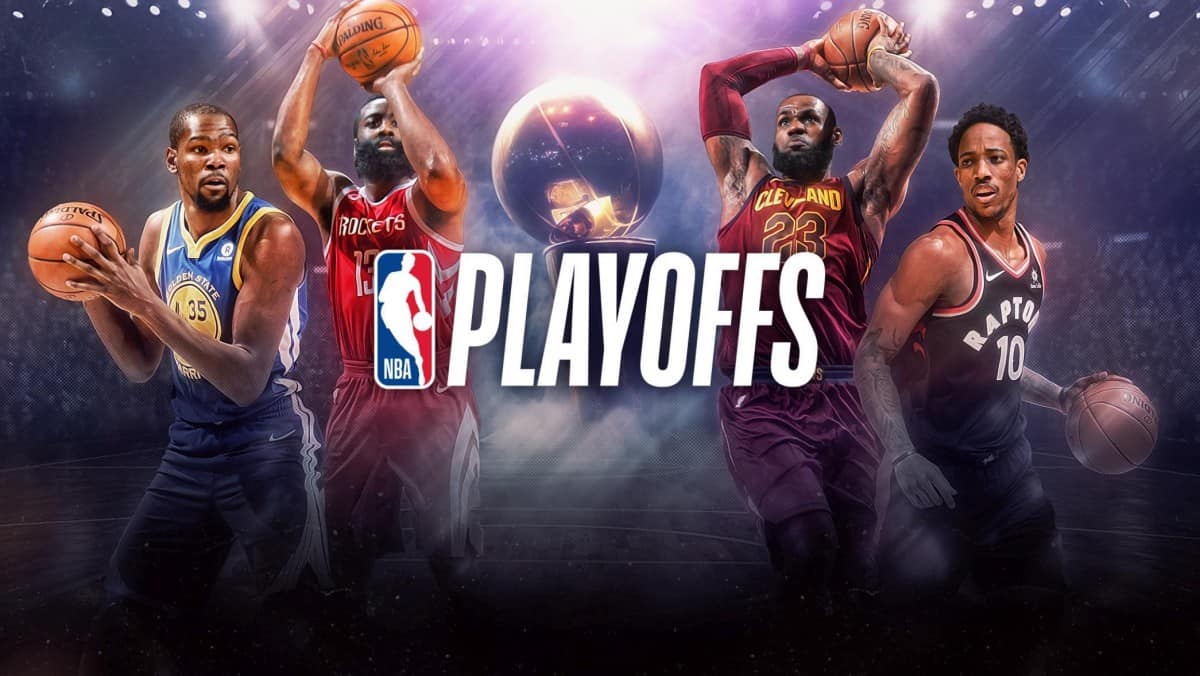 It is finally here, the 2018 National Basketball Associations (NBA) playoffs. After an 82-game regular season, the field has been narrowed down to just 16 teams. Each of the 16 teams remaining has a chance of receiving the NBA’s highest victory, the NBA’s National Championship. The two teams that win out will make it all the way to the Final series for their chance at glory. The teams that have proven themselves in the regular season and was selected to represent their franchises in the 2018 playoffs are as followed.

The NBA has 2 divisions, the East and the West. The NBA playoff bracket consists of 4 rounds (including finals), and for the first 3 rounds, teams are grouped up against their divisional rivals for a best of 7 game series. The four winners from the first two rounds move forward to the Conference Championships (3rd round), The Conference Championship determines what two teams will represent their division in the NBA Finals (4th round). The winner of the NBA Finals will be awarded the 2018 NBA Championship trophy, team championship rings, and monetary bonuses.

The First round of the NBA playoffs started the other night and some of the favored teams are already out to an early lead. The Golden State Warriors are arguably the heavy favorites since they won the championship last year and their team is loaded with top-notch players. Some analysis has compared Golden State to an Olympic Dream Team, similar to the 1992 USA Men’s Basketball Olympic Team that comprised of some of the greatest basketball players of modern times. Golden State jumped out to an early lead in the series but will have to make it past this first round without their star Stephen Curry who sprained his MCL in the latter part of the regular season. The Warriors are going for history, if they can make it back to the Finals they will be the first NBA team ever to make it to 4 Final appearances in succession.

The Cleveland Cavilers are another team that is often favored since they have one of the best players the game has ever seen with LeBron James. The Cavs lost to Golden State in the Finals last year but beat them in the finals the year before that, sparking what is becoming the newest rivalry in the NBA. The Cavs lost their playoff opener to the Indiana Pacers, but the Cavs have always shown resilience, so fans are not worried.

Some of the most pleasant surprises come from teams that haven’t made a playoff appearance in some years. The Timberwolves, Raptors and the 76er’s are set to make a run for the championship. After having a hot season and ending on a win streak the 76er’s are living up to their fans expectations. While most fans are still focused on the Cavs / Warriors rivalry, it is nice to see some new young faces in the playoffs.

The Finals is the last series in the NBA postseason bracket that faces the two divisional leaders up against each other for the Championship trophy. Each year the games are split and played at the two teams home stadium since the series is a best of 7, the team with the best season record will be given home field advantage and have one more home game if the series goes that far. I don’t think anyone would be surprised to see another Golden State / Cavilers match-up again but only time will tell if the two teams will make it that deep into the playoffs. If they do meet for another re-match, it will be interesting to see how the betting lines shape out.

Since Golden State leads the all-time modern series and are considered the modern-day dream team, it would be no surprise if they are giving the advantage but if Stephen Curry doesn’t make it back to the court or isn’t 100% it will be an interesting series for sure. The NBA Finals live coverage is presented on ESPN, ABC, and TNT. The rounds are expected to last until mid-May with the Championship series to soon follow. Fans looking to place legal wagers on the NBA Finals should use the resources provided at Sportsbetting.legal to learn more about the legal betting options available in the United States.