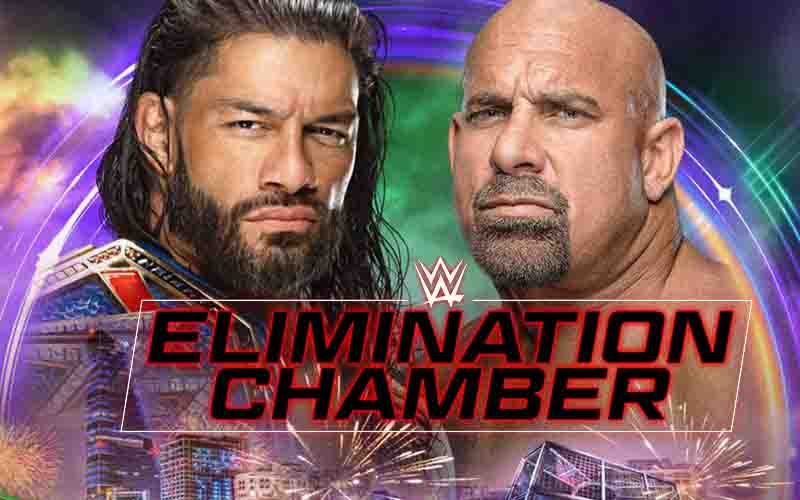 This pay-per-view level NXT event is free to watch for anyone who is interested, but as of this moment, pro wrestling betting sites have yet to post any WWE odds for Vengeance Day’s stacked card.

Both MyBookie and BetOnline routinely feature betting odds for WWE and AEW pay-per-views, and while both have refrained for tonight’s NXT Takeover, there are several lines at both online sportsbooks for this weekend’s Elimination Chamber.

Both entertainment betting sites have produced lines for the main Elimination Chamber matches that will go down this Saturday afternoon at noon on the WWE Network, but the moneylines feature minimal variance between them to take advantage of.

Only the below entertainment prop bet for the Smackdown Tag Team Championship allows for pro wrestling gamblers to shop the odds and capitalize on higher payouts for lighter risk.

For gamblers that intend to bet on the Usos to retain the Smackdown Tag Team belts, they should do so at MyBookie as it’ll require a smaller wager to secure the same payout that BetOnline is offering.

Pro wrestling bettors that believe the Viking Raiders are in line for an upset should do their business at BetOnline to earn an extra $0.50 per dollar wagered on that outcome.

The remainder of Saturday’s Elimination Chamber betting odds are identical at both MyBookie and BetOnline,

Brock Lesnar is the presumed Elimination Chamber match winner in the above WWE prop bet and he is drawing even money at the moment. While it would seem strange for Brock to win this match considering he is already set to face Roman Reigns at WrestleMania for the title, he does hold a sizable lead over his next nearest competitor, Bobby Lashley.

It’ll be hard to draw a dime betting on “Big Time Becks” to retain her Raw Women’s strap, as wagers of $15 are required to net $1. The same can be said for the following WWE betting line for the Universal Championship between Reigns and Goldberg.

Goldberg’s odds to win should be considered for a low-dollar hedge as a $1 bet on Roman Reigns losing the title will result in a $5.50 net payout. There is a chance that Vince McMahon could be eyeballing a rematch of Goldberg vs. Brock Lesnar from WrestleMania 33 for this year’s big event, so maybe lay a dollar or two on that outcome just in case.

Drew McIntyre has been lost in the championship shuffle as of late and is heavily favored to win against Madcap Moss, but Happy Corbin’s potential for match interference could alter the outcome! Bet wisely.