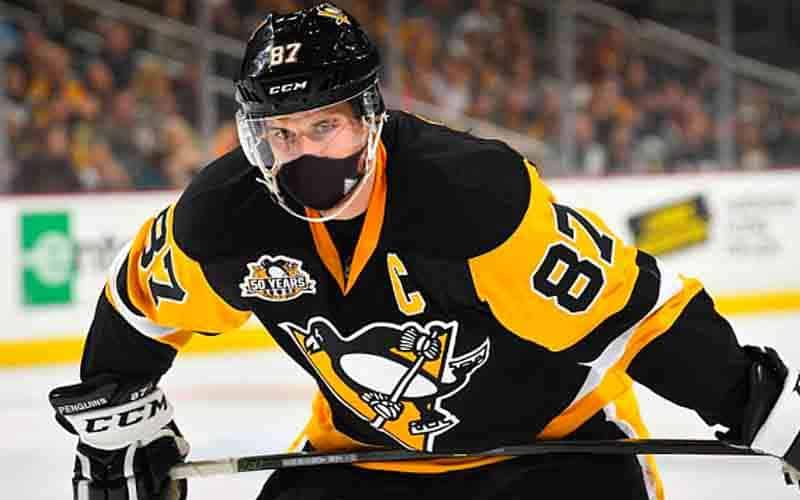 Transparency on an injury report is one of the most important aspects of how oddsmakers set betting lines for wagering on the NHL.

The severity of the injury and its location on the human body goes a long way in determining how long a player will be out of action.

If the Pittsburgh Penguins declare that Sidney Crosby is out with a broken ankle, then he will be expected to miss an extended amount of time, significantly affecting the team’s betting odds for several weeks.

That seems to be exactly what the National Hockey League is proposing for dealing with players who become infected with the Coronavirus when the nation’s top hockey promotion returns to action to conclude the 2020 season.

According to NBC Sports, the National Hockey league has no intention of identifying players that have tested positive for COVID-19, or the team that the infected player is a member of.

According to the CDC, the recovery time for Coronavirus ranges from two to six weeks, depending on the seriousness of the illness. These are large gaps in time that fans and oddsmakers alike will notice immediately.

If a team’s star player, or heck, any player at all, goes missing from lineups without any explanation from the team or an appearance on the injury report, won’t that be an obvious sign that they have become infected?

This begs the question, why is the NHL trying to hide something that will be plainly obvious to all who pay attention to the league.

There is the possibility that the league could provide deceptive descriptions of a player’s status, reporting an ankle injury instead of a viral infection, but that would represent a direct violation of league protocols and would deliver a massive blow to the NHL’s credibility as a viable betting option.

These revelations have come forth just a few weeks before the NHL Playoffs are scheduled to begin on August 11. How will bettors and oddsmakers be able to make an accurate prediction on outcomes without legitimate knowledge of which players will take this ice?

The league has been vigilant in its preventative measures and testing procedures, providing over 5000 tests during training camps thus far. Despite these precautions, the NHL recently reported that at least 43 players have tested positive for COVID-19 infections and have been quarantined from all team activities until further notice.

That translates to a real possibility that more league personnel will be exposed to infection, causing players to miss games and affecting their team’s odds for the Stanley Cup. But those odds could also be adversely affected by false or unmade injury designations.

This decision by the NHL will throw a monkey wrench into the world of fantasy hockey, whether it be league play or Daily Fantasy Sports (DFS).  Selecting top-rated players to fill fantasy rosters is a tricky proposition in any given season. Adding a bizarre COVID-19 anonymity factor into the equation makes it a total crapshoot.

Hopefully, the NHL will reconsider their stance and opt for honesty before the season resumes on August 1. Continuing forth with their plan of Coronavirus infection secrecy has the potential to damage the trust between the league and their fans, and could also force sportsbooks to remove hockey betting lines from the board altogether.