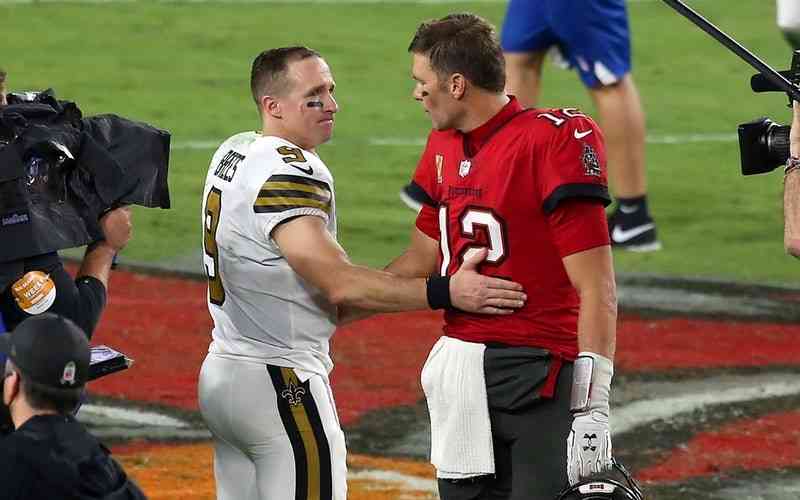 Two teams that couldn’t manage to achieve a regular-season record above .500 are now battling to reach Super Bowl 55 as this weekend’s NFC Playoff bracket features only one game that is predicted to be competitive.

The Washington Football Team is hosting the Tampa Bay Buccaneers who are favored to win by more than 8 points on Saturday.

The Seattle Seahawks, a team that won the NFC West and finished with a 12-4 record, has to face the #6 seeded Los Angeles Rams who finished 10-6.

The Tampa Bay Buccaneers secured the #5 wild card position with an 11-5 record, and that allows them the privilege of traveling to face a 7-9 Washington team that won the NFC East by outlasting their fellow underperforming division mates.

As you can see by the NFL Playoff betting odds below, the Seahawks vs. the Rams represents the only competitive NFC game on wild card weekend. Wouldn’t Seattle have preferred to face Washington instead of going head-to-head with a division rival that actually has a chance to defeat them?

Football wisdom dictates that teams must play who is in front of them and should not worry about what could have been. The logic is sound. You can’t expect to win anything without beating the best the game has to offer.

The part that seems unfair is that a #5 seed is granted a “free pass” to the Divisional Round of the NFL Playoffs while a higher-ranked team that had a better season is forced to defeat a much more formidable franchise.

The Rams have returned to their championship form from 2019 but still don’t seem to be gelling to the level of their all-star roster’s potential. Still, the outcomes of games featuring division rivals are tough to predict because they are so familiar with each other from a personnel and playcalling perspective.

When oddsmakers put together NFL betting lines, they factor in a 2.5 to 3-point advantage for the home team. With that considered, sportsbooks are suggesting that if Seattle and Los Angeles played each other at a neutral stadium, the Seahawks would only be favored by a point or less.

This potential is exactly what makes betting on football so enticing. All it takes is one bad play by a single player to completely shift the momentum of the game and deliver a victory to the underdog, thrilling football fans and stuffing the bankrolls of savvy bettors.

NBC’s prime time game on Saturday Night offers what appears to be a sure win for Tampa that will allow them to advance to the second round of the playoffs. The Buccaneers are favored by 8.5 points over the Washington Football Team and their money line odds equate to an 81% chance of winning.

Although Washington is 7-9, they earned a trip to the postseason by winning their final game of the season, and the same can be said for the 8-8 Chicago Bears.

Interest in betting on Super Bowl 55 is on an uptick lately, but the Chicago Bears have not been included in anyone’s playoff consideration until recently. Because of either parity, or lack of consistent play in the NFC, teams kept losing and eventually opened the door for the Bears to become playoff eligible.

Da’ Bears did indeed make it as the final seed in the NFC, but we expect the above NFL Playoff betting line to come to fruition. The 10 point gap does seem a little high for Chicago’s solid defense, but the New Orleans Saints will likely cover because of the Bears’ inept offensive production.