Next Pope Odds Suggest The Election Of A Minority 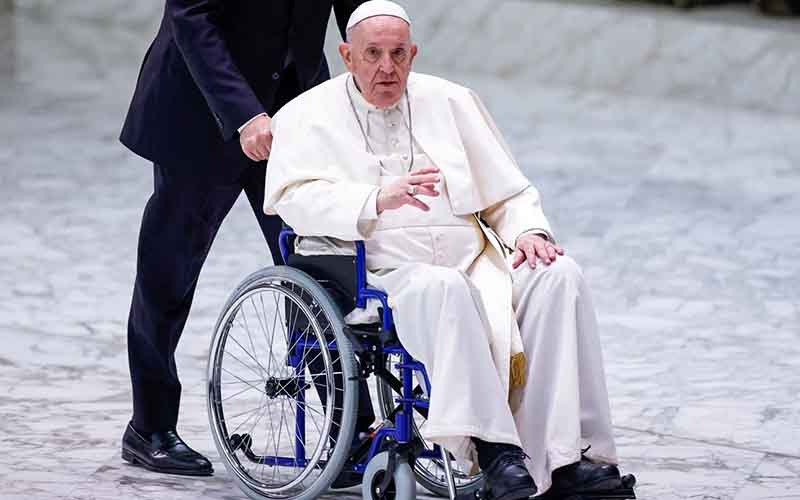 Speculation is running rampant regarding the potential retirement of Pope Francis due to continued health issues related to a nerve issue in his knee.

The condition has forced the now 85-year-old Pope Francis to use a wheelchair, and the cancellation of a series of recent trips has many expecting his reign to end soon.

Pope Francis rebuffed all retirement concerns in late June when he announced his intentions to continue onward in his service, although when his papacy will conclude could be taken a number of ways.

“I want to live my mission as long as God allows me and that’s it.”

Legal entertainment betting sites have weighed in with odds for the next Pope from a batch of cardinals, bishops, and priests that are eligible for the position.

There is a three-way tie at the top spot and a fourth coming in close behind, creating a clear-cut top four that are separated from the rest of the pack.

Cardinal-Bishop Mark Ouellet is currently 78 years old which is 3 years beyond the standard retirement date of 75. Pope Francis may want to opt for a slightly younger successor in order to ensure that his influence lasts into the next generation.

An intriguing possibility is Cardinal-Bishop Luis Antonio Tagle who would be the first Asian pope, and he is relatively youthful at 65 years old. Even though current entertainment prop bets are placing him at the top of the odds, Luis Antonio Tagle will still deliver 4-to-1 net payouts once he’s elected as the next pope.

Cardinal-Priest Peter Turkson would be the first African American to ever rise to the ranking of pope. He’s 73, so there’s not much prospect for longevity, but he does appear to adhere to the modern views of Pope Francis.

Coming in just behind the top three is Cardinal-Priest Oscar Rodriguez Maradiaga from Honduras. At 79, his age may place him on the short list of backups, but for now, he has a fighting chance to rise in the ranks.

There are also odds for current events betting that ask what the papal name of the next pope will be.

What Will The Next Pope’s Papal Name Be?

Although the process is shrouded in some secrecy, it is assumed that new popes are allowed to adopt their own name, often choosing that of a former pope that most closely aligns with their ideology.

If the above papal odds are accurate, then the current pope has a lot of sway as his name is expected to be used again by the next to assume his position. Leo, Pius, and Paul are also in the running.

If you’re interested in betting on the next pope, do so now because these odds are notorious for disappearing quickly.