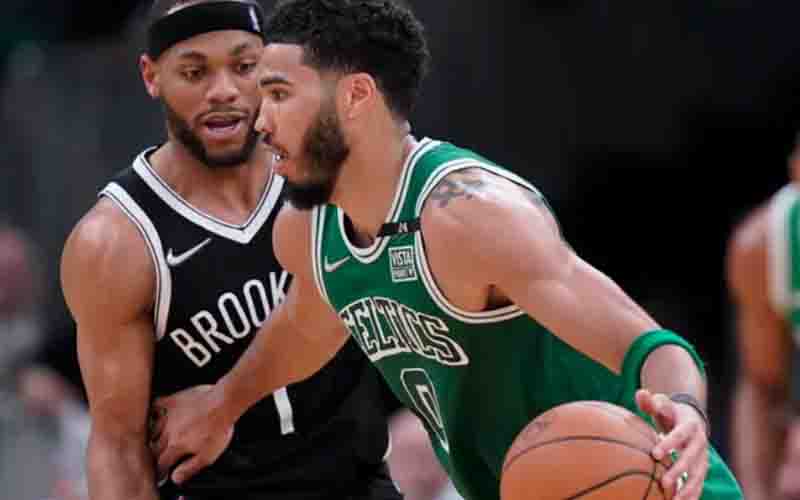 The Brooklyn Nets have suffered what will be the only four-game sweep in the first round of the 2022 NBA Playoffs to the #2 seed Boston Celtics.

The Nets had been the odds on favorite to win the Western Conference crown at NBA betting sites for a majority of the season even though they were lingering in play-in tournament territory for a large percentage of that time.

The Nets’ two studs, Kyrie Irving and Kevin Durant, were both healthy and in the line-up for the first-round series against Boston, but the duo did not provide enough of a lift to unseat the new top odds getter in the East.

Up next for the Celtics will be the winner of the Milwaukee Bucks and Chicago Bulls series. The Bucks are up 3-1 and are the defending NBA Champions, yet the Celtics are still fetching superior odds at legal online NBA Playoff sportsbooks.

A similar situation has developed out west as the season-long favorite to win, the Phoenix Suns, have fallen behind the Golden State Warriors by 50 points in the NBA futures odds.

The Suns have had their hands full in the first round against a Zion-less New Orleans Pelicans squad, but Phoenix is now poised to take the series 4-2 if they can win game 6 like the odds suggest.

The most likely opponent in round 2 for the Warriors is the Dallas Mavericks who are favored by -2.5 to get past the Utah Jazz.

The Warriors lead the Denver Nuggets 3-1 and are favored to win game 6 this evening by 9 and close out the series. The outlook is not so certain for the winner of the Memphis Grizzlies and Minnesota Timberwolves.

Memphis is favored by a slim 2-point margin to best the Timberwolves, which would set up a round-2 series between the Grizzlies and the Warriors.

What’s notable about the above futures for betting on the NBA Finals is that the Warriors have surpassed the Suns as the overall favorite to hoist a championship trophy at the end of the playoffs.

The cause for the Phonix Suns’ plummet in the NBA futures is the absence of Devin Booker who will miss 2-3 weeks with an injury to his hamstring.

NBA bettors should pay close attention to Booker’s injury status over the coming days and consider laying some action on the Suns +400 odds to win.

That moneyline will fall toward even if and when Booker returns, so secure those odds now and net 4-to-1 payouts when the Suns win it all this summer. All current NBA futures are still in the positive so the same can be said for any bet placed as long as it is done soon.