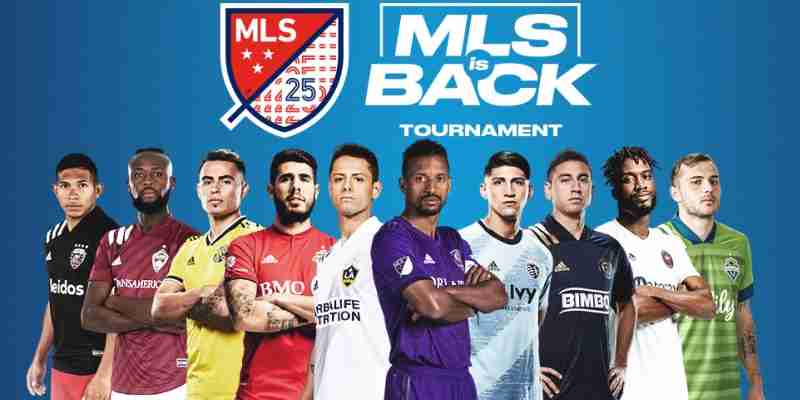 Fans of betting on soccer rejoiced at the announcement of a tournament to begin the MLS season anew. The competitions have been occurring without a hitch, with the final eight teams to be decided over the next two days.

The pre-tournament betting odds featured the Los Angeles FC, Minnesota United, and the Philadelphia Union as the top three favored teams, and all three are still alive as the MLS Is Back Tournament hosts its final games before the quarterfinal teams are set in stone.

The Cinderella story could be coming to an end for Cincinnati as they are set to face the Portland Timbers who are heavily favored. Being an underdog hasn’t stopped Cincinnati so far, so maybe its time to continue riding with them when betting on the MLS, as they have been proving great payouts early on.

The following MLS Is Back Tournament odds have been provided by BetOnline Sportsbook.

Portland is favored to win, but a wager of $100 on Cincinnati will earn $310 if they can continue their dramatic rise from tournament cellar-dwellers to final eight contenders. The potential for unexpected upsets is one of many factors that allow for tournaments to provide exciting play, and Cincinnati has been that dark horse team early on. Tune in to ESPN tomorrow night at 10:30 PM to see who comes out victorious.

The Seattle Sounders and Los Angeles FC are fighting for a quarterfinal spot, and the soccer betting odds suggest that there should be a decent amount of scoring involved in the contest. L.A. is favored to win and remains atop the betting odds as the most likely team to win the entire tournament.

Both teams feature robust offensive attacks with suspect defensive efforts, so the match could come down to who has possession of the ball last. The game begins tonight at 11:00 PM.

The San Jose Earthquakes are a slight favorite over Real Salt Lake. The victor will advance to the quarterfinals for a chance to face off against the winner of the matchup between the Columbus Crew and the Minnesota United. San Jose and Columbus are both favored to win their game and move on to the round of eight.

All games are still occurring without fans at Disney’s Wide World of Sports Complex in Orlando, Florida, so there is no home-field advantage for any club to exploit. Still, these games are a great way to begin professional athletic competitions on television once again, as well as betting on pro sports at top-rated offshore betting sites.

The final eight teams will be firmly in place after these four games conclude over the next two days. Get your wagers in before each game starts, or place a live, in-game bet during the action.