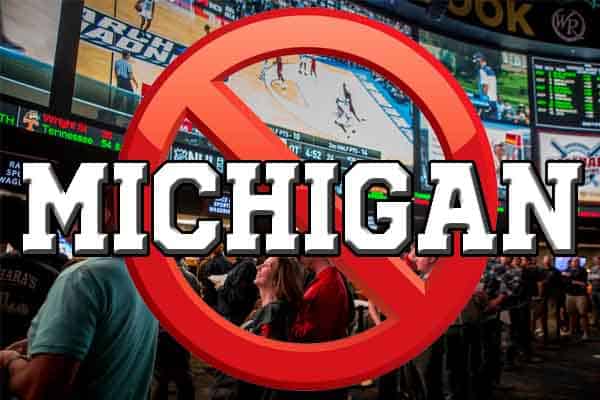 Michigan will likely wait until 2020 before seeing the benefits of sports betting clearly.

The state was one of the most likely in the country to legalize state-licensed sports betting following the U.S. Supreme Court’s lifted the federal ban.

In fact, the odds were even better after both the Michigan House (71-35 in favor) and Senate (33-5 in favor) passed HB 4926 on Dec. 21, which would have legalized online gambling and given the legislature the ability to pass both land-band and online regulated sports betting early in 2019.

Unfortunately, Governor Rick Snyder vetoed the bill last week on Dec. 28 along with several other bills relating to sports betting and gambling that many people believed he would sign before he left office on New Year’s Day.

Gov. Snyder cited various reasons for why he vetoed the bill in his letter to the Michigan legislature, but online gambling and sports betting both potentially taking away revenue from the state-operated online lottery to fund public schools around the state was arguably his primary concern.

The bills to legalize online gambling and pave the way for sports betting were sponsored by Representative Brandt Iden, who said the governor was essentially comparing apples to oranges in his letter, calling the veto a “ploy to monopolize money coming into the lottery.”

“I think it’s unfair because you’re taking a state entity like the lottery and trying to compare it to the free-market system of other online gaming platforms,” Rep, Iden said.

Rep. Iden noted there aren’t any states with a sizeable history of allowing both an online state-run lottery and online state-licensed gambling or sports betting to say for sure that it could have a negative impact.

Quite the opposite he added, stating that New Jersey’s lottery revenue has increased since the launch of online gambling and online sports betting.

Regardless of what Gov. Snyder’s intentions were, he left office on Jan. 1, and Rep. Iden other lawmakers in favor of the bill must begin working with the newly-election state legislature if sports betting is going to launch in Michigan any time soon.

Rep. Iden said he plans to educate the new legislators on the online gambling bill and how he wanted to set up the state’s sports betting infrastructure.

“I saw over the course of the last two years the time it takes to educate people on these issues and get them up to speed on where we are,” Rep. Iden said. “I’m going to need to do that again, but I’m fully prepared to do so and confident we will have a successful 2019.”

However, the biggest determining factor of whether Michigan can pass any form of sports betting legislation in 2019 will be the stance of Gretchen Whitmer, the newly-elected governor.

Her position on sports betting and gambling is currently a huge question mark since she has not publicly stated her opinion on the matter, and the fate of any bill relating to either sports betting or gambling will need her signature to become law in Michigan.

If Governor Whitmer supports the bills after it passes both the House and Senate, then Michigan will likely be able to target an early 2020 launch for sports betting since the online gambling bill is only the first step toward legalized sports wagering.

However, if the governor is against signing any such bill, then the future of Michigan becoming one of the legal sports betting states by 2020 – or any time soon – go from looking bright to one that is bleak at best.