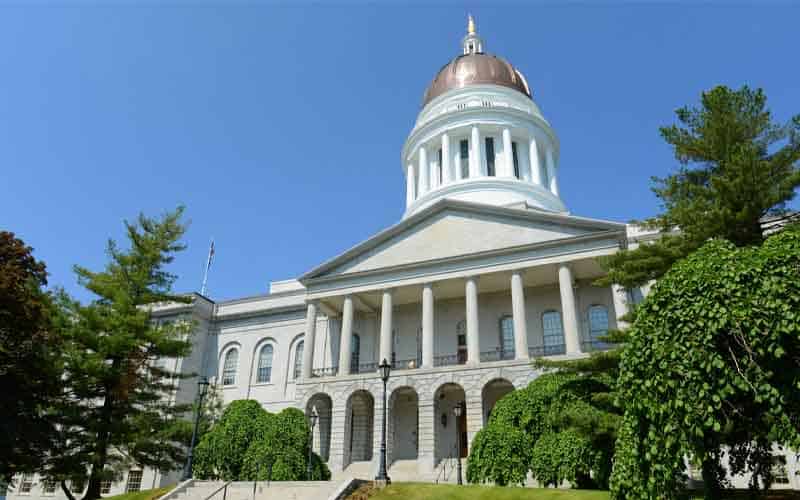 Several sports betting bills were introduced in Maine by lawmakers during the current legislative session, but only one survived on Monday.

The Maine Legislature’s Veterans and Legal Affairs committee voted yesterday to table one bill that would make sports betting legal in the state and voted to kill all other bills to further study the effects of wagering on sports.

The committee is now expected to recommend bundling several provisions together in a single comprehensive bill that could include allowing mobile betting across the state and sports betting at off-track betting parlors and Native American tribal high-stakes bingo halls.

In addition, Maine lawmakers are also considering provisions that would prohibit wagers from being placed on both youth sports and video game competitions.

The tax rate on gross revenue generated by licensed sportsbook operators in Maine has yet to be determined.

Maine Sen. Louis Luchini, a Democrat on the committee, said he believes the panel will be ready to submit a sports betting bill to the state legislature and have a vote on the measure before the end of May, according to the Press Herald.

The Maine Gambling Control Unit is currently the regulatory body for the casino industry that operates with the state’s jurisdiction and estimated that the state would have an annual handle of around $3.8 million in wagers — generating roughly $380k each year in tax revenue.

This figure falls far below the tax revenue generated by other states that have already legalized sports betting following the US Supreme Court decision to overturn PASPA in May 2018.

New Jersey, for example, has taken in nearly $2 billion in wagers since authorizing licensed land-based and online sportsbooks in June 2018.

Coupled with the low estimates, some lawmakers, such as Maine Republican Rep. Josanne Dolloff, believe a gambling expansion could have a negative impact throughout the state.

“I sure as heck don’t want somebody’s grocery money going towards this,” said Dolloff, adding that she is concerned about mobile gambling apps and how it could affect children and families due to the ease of accessibility factor.

Other lawmakers believe the negative impact is way overblown, especially considering that Maine allows daily fantasy sports operators to offer services in Maine, which is a form of sports betting and one that is easily accessible provided you have a valid credit/debit card and are at least 18 years old.

If the state legislature passes and the governor signs the soon-to-be-introduced bill into law, then Maine would become the 2nd of 2019 to legalize sports betting — joining Montana, who legalized wagering on sports last week.