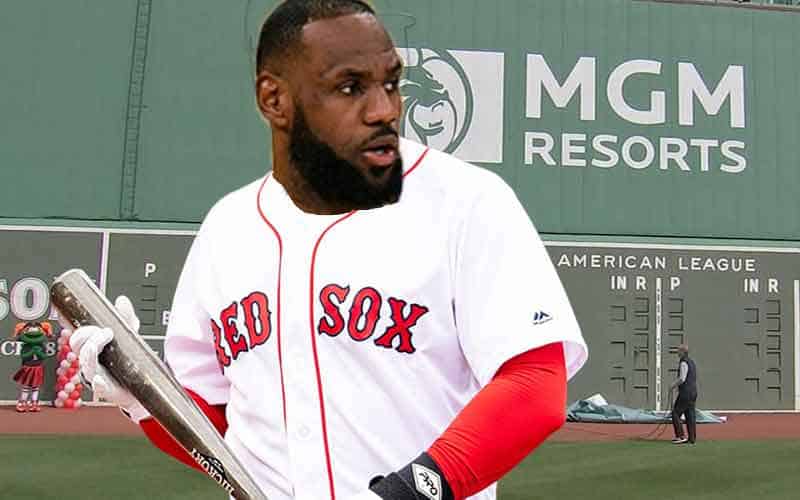 In 1920, the Boston Red Sox traded Babe Ruth to the New York Yankees, thus beginning the “Curse of the Bambino.” This curse set Boston on a path of 86 years of ineptitude in the realm of Major League Baseball.

The curse was finally lifted in 2004 when the Red Sox won the World Series, and they have followed up that turnaround by capturing three more titles since that time.

With spring training games underway, online MLB betting sites are predicting that the Red Sox will finish at the bottom of the American League East. Considering Boston’s recent string of success and their bloated salary cap, their fans expect more, and now their ownership does as well.

ESPN is reporting that four-time NBA champion, LeBron James, has become a part-owner of the Boston Red Sox by becoming a partner with Fenway Sports Group (FSG).

It marks the first time a minority has owned a stake in the Red Sox, and adds to LeBron’s growing portfolio of pro sports franchises, as he already owns a 2% of Liverpool F.C. who won the English Premier League last season.

RedBird Capital Partners also became a stakeholder with FSG by investing $750 million. If that name sounds familiar, it is the same firm that recently worked with Dwayne “the Rock” Johnson to purchase the XFL out of bankruptcy.

Perhaps this new influx of championship influence is just what Boston needs to climb out of the AL East cellar and once again complete with those pesky New York Yankees.

The odds offered for the Red Sox at World Series sportsbook sites are equally dismal, as their money line is set at +4500 to win a title, and at +2200 to win the American League Pennant in 2021.

While Boston may not have the firepower on their roster to compete with the big boys, that could change with a new strategy from the front office. Oddsmakers have yet to react to that potential and are still offering extremely long odds on the board for Boston’s chances in 2021.

Even a $1 bet on the futures odds for the Red Sox will earn $22 if they make the World Series, and will deliver a cash payout of $45 if they win it.

While baseball is not LeBron’s sports of choice, he does know a thing or two about championships. He led the Los Angeles Lakers to an NBA Title in 2020 and is poised to win another at the conclusion of this season.

The championship futures at sportsbook sites offering odds on the NBA feature LeBron and the Lakers as the team with the best chance of winning this year’s title.

It would also be James’ fifth NBA championship ring overall, and almost all of them have come by way of him positioning himself among a grouping of players that gel with his skill set while still managing to stay under the league’s salary cap.

If King James can impart that wisdom onto the current team management of the Red Sox then they have the potential to return to their winning ways sooner than later.