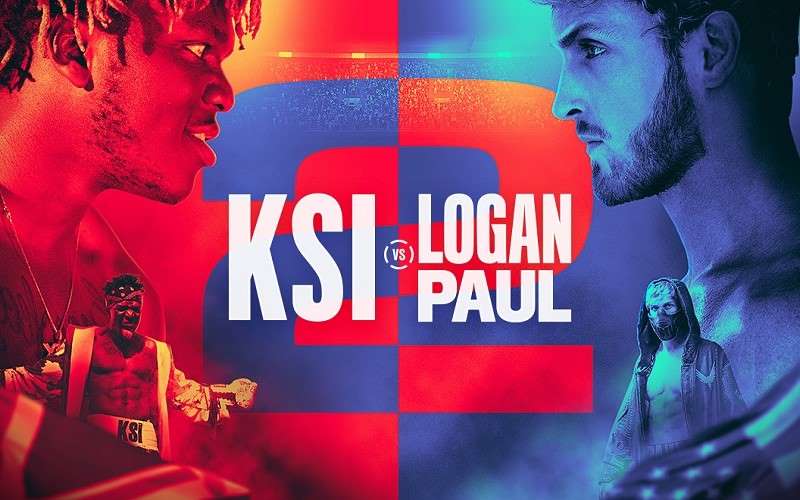 If you don’t know who either of those people are, this may not seem newsworthy, even if you’re an enthusiastic sports bettor. But the boxing match – sanctioned by the California State Athletic Commission – is plenty relevant to these YouTube stars’ 40 million followers.

In fact, the much-hyped event is so big that the bout is being held at the Staples Center on Saturday, November 9, and it’s being promoted by boxing mainstay Eddie Hearn.

For bettors, there might not be much to go on, as neither of these celebrities is a boxer or athlete with any real background to draw from. Indeed, for sportsbooks, setting an entertainment betting line on two unknown commodities is often a daunting task in and of itself.

Fortunately, Paul and KSI – whose real name is Olajide Olayinka Williams “JJ” Olatunji – do have some fighting experience:

The two fought one another in August 2018 at Manchester Arena in England, and the contest was streamed live on YouTube’s PPV service.

That fight – promoted as “The Biggest White Collar Boxing Match Ever” and “The Biggest Internet Event In History” – saw KSI take a majority draw victory.

But despite KSI’s win, this time around, Paul is a strong favorite at all of the top legal sports betting sites.

While Logan is certainly the more controversial of the two fighters, both YouTube personalities have strong followings and earn millions of dollars through programming that appeals mostly to younger audiences.

The six-round fight – contested in the IBA cruiserweight division – will be the professional debut for both celebrities, and this time around, they won’t be wearing the head protection required during their previous amateur bout.

Here’s how the two budding pugilists match up:

Tale Of The (Video) Tape

Unfortunately, KSI vs. Logan Paul 2 may have trouble building on the first contest’s success.

That event, according to many reports, saw both fighters earn upwards of $20 million or more across a 50-50 revenue split, and the contest took in an estimated $3.5 million at the gate. Manchester Arena, a 21,000-seat venue, was sold out.

Viewership numbers for the first match were staggering, with over 2.5 million fans watching the fight live on YouTube with another 1.05 million buying the PPV broadcast.

This time, however, only half of the 20,000 tickets available for the Staples Center event had been sold by Tuesday, with KSI using that statistic to knock Paul’s celebrity – or lack thereof – in the United States.

Luckily, and more importantly for bettors and fight fans, the KSI-Paul fight is merely the “main event” of Saturday’s card, with the UK’s Billy Joe Saunders (-10000) taking on Argentina’s Marcelo Esteban Coceres (+1400) in a WBO super middleweight title fight that promises actual fireworks.