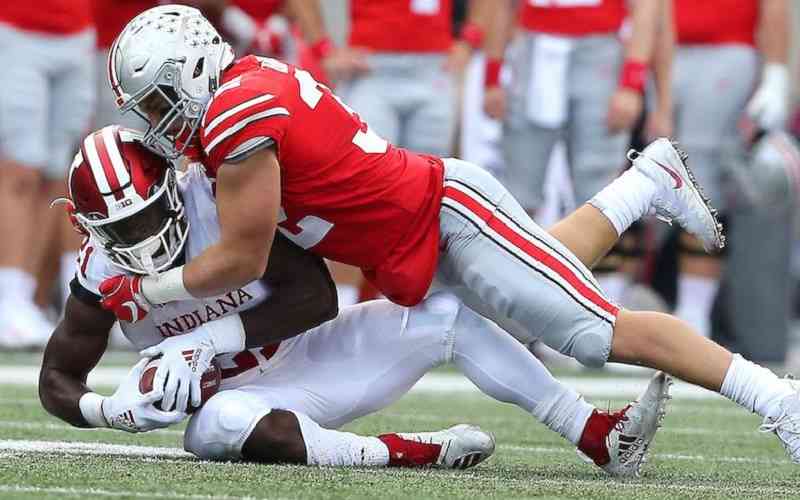 We’re rounding the corner into the holiday season in the United States, and so far, college football has held together its operations and has produced a successful 2020-21 NCAAF season that the players, coaches, and fans can be proud of.

College football betting sites have struggled to keep up with the pace of the 2020-2021 NCAA Football season, as major conferences that opted out of participation in late summer changed their minds and joined in on the fun once they saw that other conferences were able to do so without major incident.

That meant that online sportsbooks that offer odds on college football have had to keep their heads on a swivel, updating futures, game lines, and prop bets along with each major NCAA conference’s decision to play or not.

Typically, college football on Thanksgiving features many rivalry games with competitions between in-state and in-conference teams that often have implications on NCAAF rankings, conference championship game invites, and CFP standings.

Because some conferences, such as the SEC, have decided to opt-out of games that include non-conference opponents, many rivalries are no longer on the 2020-2021 college football schedule, creating an oddball sports betting landscape over the Thanksgiving Holiday.

Nevertheless, there are plenty of games offering intrigue to sports bettors over the course of Thanksgiving week, and one such matchup is tomorrow’s BIG Ten battle between the #9 Indiana Hoosiers and the #3 Ohio State Buckeyes.

Indiana is not getting any respect from oddsmakers, as they are predicted to lose by at least 20 points to the Buckeyes.

However, the Hoosiers are coming off of a 24-0 shutout victory over the Michigan State Spartans, and have yet to suffer a loss this season.

We do believe that Ohio State will win the game, but Indiana should be able to keep it closer than the 20.5 point spread would suggest, so perhaps target those odds if you’re not confident that Indiana will outright win the game.

The reality is, both of these teams are largely untested, and currently, the odds seem to be based more on historic data than the information that the current season is providing.

Speaking of incredibly large spreads, one such chasm of separation has revealed how far the Florida State Seminoles have fallen from relevance.

Money line odds are not available for Clemson vs. FSU, likely because it wouldn’t attract much action due to the Tiger’s odds of winning being astronomically high.

Based on the NCAAF betting line above, using the point spread and the over/under total, we can estimate that the final score will look something like the following.

It does appear that Florida State is on the right track with new head coach Mike Norvell, so perhaps betting on the Noles to cover is not a bad idea. They’re still playing for bowl eligibility, and they’ve certainly had their fair share of victories over top-ranked opponents in the past.

Cruise on over to Bovada and check out the betting lines on the remainder of the college football schedule for Thanksgiving week and see which odds appeal to you.