First Round Of 16 Matches In The Books 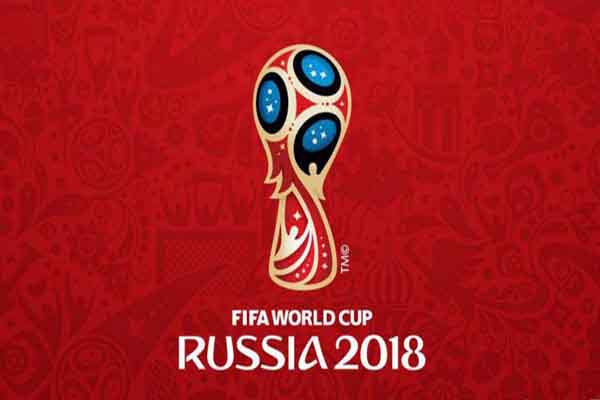 The World Cup has reached its elimination stages meaning there are no more second chances for teams that don’t play up to their potential. The Round of 16 kicked off with France-Argentina, Uruguay-Portugal, Spain-Russia, and Denmark-Croatia. The first 2 games were showcases of high-octane soccer while the others revealed the grit required to win in these later stages of the World Cup.

France and Argentina started things off in the Round of 16. Both squads are quite impressive on paper, though they were muted during the Group Stage matches. Oddsmakers had them both as potential favorites to win the entire tournament. The scoring got off to an early start with Antoine Griezmann converting a penalty for France. Argentinian midfielder Angel Di Maria tied things up with a wonderful shot just before the first half.

The Spanish side thought they had it in the bag when they quickly scored after the break to make it 2-1, but France’s Benjamin Pavard had a rocket of his own to bring the teams level again. Youngster Kylian Mbappe sealed the deal for France after scoring twice in just 4 minutes. Argentina scored a consolation goal with Sergio Aguero, but the forward should’ve been brought on earlier as time ran out before they tie it up.

Uruguay made their case known early as Cavani scored a quick goal against Cristiano Ronaldo’s Portugal. The action was back and forth for the remainder of the first half, then Pepe scored a strong header right at the start of the second half to bring things level. Cavani proved the hero yet again for Uruguay as the forward scored a nice curling shot minutes later. Interestingly enough, it was their only shot throughout the second half of which they only had 30% possession on the ball. With 70% possession in the second half, Portugal had their fair share of chances to equalize and possibly take the lead. Even Ronaldo couldn’t muster anything to push his nation through. Uruguay held out until the final whistle.

The second batch of elimination games went down to the wire. Spain was considered the favorite against the host nation Russia. However, Russia forced Spain out of their element and it was an ugly game. The Spaniards were fortunate to get a lucky deflection for an own goal. After much possession, Spain conceded a penalty thanks to Gerard Pique’s handball in the box. Russia’s Artem Dzyuba converted from the spot to tie things up.

The second half was nothing special and it became evident this game was going to extra time. Russia’s goalie was strong throughout the extra time and they were able to go to penalties. In this situation, it is anyone’s game to win. Both teams scored their first 2 from the spot, then Koke was blocked to give Russia an advantage. Iago Aspas was blocked by the goalie’s foot to give Russia the historic win.

Croatia and Denmark played in the second game of the day. The opening 5 minutes of this game were some of the most exciting in World Cup history. Denmark’s Mathias Jorgensen scored off a long throw-in in the first minute of play. Just when Denmark thought they had a dream start, Croatia’s Mario Mandzukic equalized 3 minutes later. The rest of the game was a tug of war, but no side had the answer. Extra time was more of the same with chances for both sides, including a penalty for Croatia.

Luka Modric was blocked from the spot and the game went to penalties. This set of penalties saw some incredible goalkeeping from both Croatia’s Subasic and Denmark’s Kasper Schmeichel. Denmark’s star Christian Eriksen was denied to start things off, then Croatia followed with a missed shot of their own. In the end, Croatia’s 3 shots beat Denmark’s 2 and Croatia advanced to their first quarterfinal since 1998.

The Round of 16 is time for people to put up or shut up. You either play hard or go home. France, Uruguay, Russia, and Croatia showed the resolve necessary to make it through and started the Round of 16 off right.