Everything You Can Legally Bet on in the 2019 National Championship 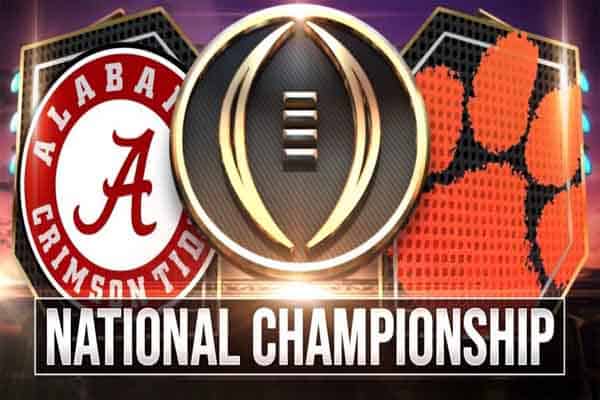 Around midnight tonight, we will know who will be crowned the national champion of the 2019 college football season.

At 8:00 p.m. ET on ESPN, the 2019 College Football Playoff National Championship game will kick off between No. 1 Alabama Crimson Tide and No. 2 Clemson Tigers.

Currently, Alabama is a 6 point favorite over Clemson, and while the point spread is likely to be the most popular thing to bet on and because this is a championship game, sports betting sites typically like to go all out with the number of odds they offer.

Because of this, online sportsbooks give bettors dozens of different options that include various game and player lines, odds, and prop bets.

We’ve simplified all the information for you, so you don’t need to read through a lot of tables when trying to find out what is legal to bet on. The betting information has been provided by Bovada, one of our trusted and most recommended legal online sportsbooks.

Alabama-Clemson: Everything You Can Legally Bet On

Below is every type of bet that can be legally wagered on for the 2019 national championship of college football.

Team to win the coin toss

Will a Special Teams or Defensive TD be scored?

Will the team that scores first win the game?