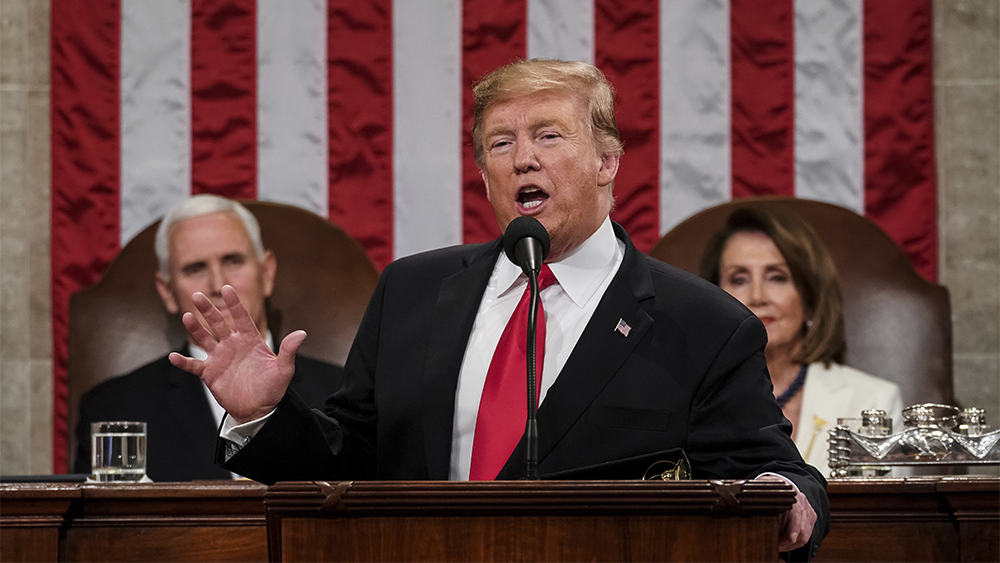 It’s time for the annual State of the Union address, which has become recently become a political betting tradition unlike any other.

And BetOnline now has political prop bets available and is accepting wagers on will happen during President Donald Trump’s 2020 State of the Union address.

Trump will address the nation on Tuesday, February 4, at 9:00 pm ET, before a joint session of Congress. Trump’s speech will be broadcasted and streamed by all the major media networks.

Tonight’s SOTU is unique because it’s only the second time in US history that a sitting President will give the address during an ongoing impeachment trial.

Before the Democratic House majority voted in favor of the charges against the President back in December, the odds heavily favored Trump getting impeached, but on the flip side, the chances of the Republican-controlled Senate voting to removed Trump are “slim-to-none” to put it lightly.

President Bill Clinton made no mention of the impeachment trial against him during his 1999 address, and the odds surprisingly favor Trump not bringing up the subject either.

The Senate is scheduled to hold a vote Wednesday on whether to acquit or convict Trump on the two charges—abuse of power and obstruction of Congress—brought forth at the start of his impeachment trial.

Here are the 2020 SOTU prop bets that available at BetOnline for tonight’s address. Betting odds include who and what Trump mentions first, what he will say during the speech, and the number of times he tweets among several other outcomes you can bet will cause waves across the world of American politics.

Who will Trump mention first?

Which country will Trump mention first?

Will Trump refer to Nancy Pelosi as “Nervous Nancy/Crazy Nancy”?

What will Alexandra Ocasio-Cortez wear to the State of the Union address?

How many times will Trump say “China”?

How many times will Trump say “Democrat”?

How many times will Trump say “economy”?

How many times will Trump say “Iran”?

Total viewers for Trump’s 2020 State of the Union address

*Graded from the Nielsen viewership ratings

Who will be Trump’s “designated survivor”?