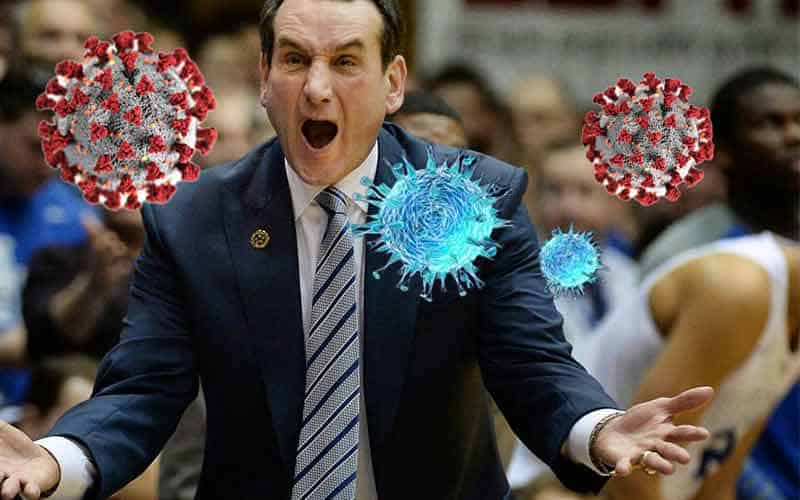 The top online college basketball betting sites have produced lines for nearly every game on the docket this weekend as teams attempt to earn automatic bids or solidify their at-large potential in lieu of Selection Sunday.

One team that will not qualify for this year’s March Madness festivities is the Duke Blue Devils.

Duke will miss the NCAA Men’s Division I Basketball Tournament for the first time since 1995 after forfeiting yesterday’s ACC Tournament quarterfinal matchup against the Florida States Seminoles following an outbreak of COVID-19.

The Blue Devils were likely going to need the automatic bid that an ACC Tournament Championship would provide in order to qualify for March Madness, and they appeared to have the potential to make a decent run after defeating Virginia just two weeks ago.

Tonight’s ACC Tournament game features a semifinal matchup between the 16th ranked Virginia Cavaliers and the Georgia Tech Yellow Jackets. The Cavaliers are favored to win by four, and if that happens, they’ll advance to face the winner of the other semi between FSU and the North Carolina Tarheels.

Virginia and Florida State have already put in enough regular-season work to qualify for an at-large selection, but North Carolina and Georgia Tech are on the bubble and could use another victory to increase their odds of moving on in the postseason.

Online March Madness sportsbooks are offering futures odds for the eventual ACC Tournament Champion, and it appears that either the Cavaliers or the Seminoles will lock up the automatic bid, leaving their at-large invitation available for another team to capture.

The Tarheels have a solid chance at being selected this Sunday, but another win would certainly improve their odds of making the final tournament of 68. Like Duke, North Carolina also has a rich history of making the NCAA Tournament and has not missed the big dance since 2010.

While the above futures are designed to only indicate the eventual champion, they also suggest that the teams with the highest odds to reach the Final Four are Gonzaga, Baylor, Michigan, and Illinois, but all of them offer solid payout options with positive money line odds.

NCAAB futures offer more profitable betting odds because there are more teams in-play, and bettors can only select one of them among many. Game lines offer easier paths to victory but reward winnings at a smaller volume because of the lower betting odds.

Tune in tonight and all weekend as the NCAA Basketball Conference Tournaments wrap up and the final 68 teams are announced. March Madness begins next Thursday, so start your betting research now.