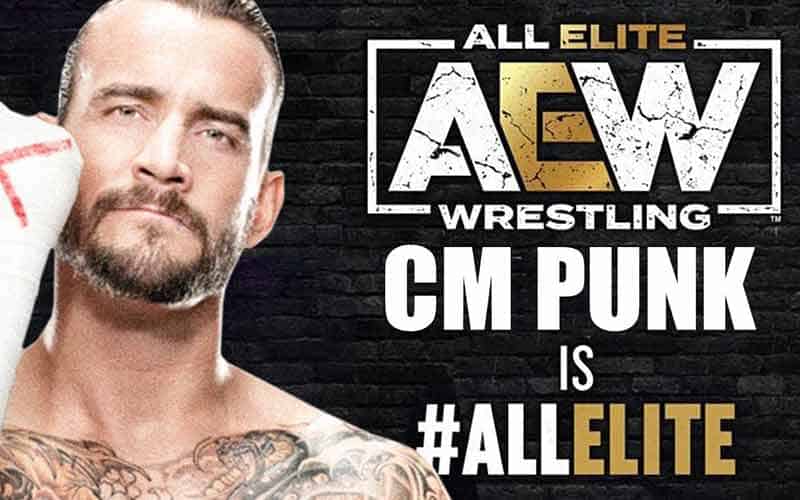 In what has been the worst kept secret in professional wrestling since the identity of the Shockmaster, CM Punk is expected to debut tonight in his hometown of Chicago’s United Center, ending his 7-year-long retirement to lace up his boots for All-Elite Wrestling.

Punk abruptly left the WWE in 2014 while he was at the top of his game. Just like Jim Brown of the Cleveland Browns, CM Punk retired while he still had plenty of tread left on the tires.

In the meantime, CM Punk tried his hand at competing in the UFC without any prior MMA experience, and although he still practices, he is no longer intends to battle in the Ocatagon following his 0-2 start.

Pro wrestling betting sites now feature odds on which opponent CM Punk will draw first inside an AEW ring, and the early lines favor budding superstar Darby Alline to welcome him back.

For those that are interested in laying some action on CM Punk’s odds, $2 wagers on Allin will payout at half that amount due to online entertainment sportsbooks favoring that outcome so heavily. The real question is, does Darby Allin represent a significant enough challenger for such a historic return to the squared circle?

Bryan Danielson, formerly known as Daniel Bryan in the WWE, has been the subject of rumors implying that he will be signing with AEW since his release on June 11 of this year. Would it be more fitting to pair Punk with Danielson so that both new talents are featured on top upon arrival?

A bet on Daniel Bryan being Punk’s first adversary in All-Elite Wrestling will award pro wrestling gamblers $2.75 for each dollar wagered.  The following entertainment prop bet appears to offer lower payouts for the same outcome, but that’s not exactly what this wrestling betting line on Bryan Danielson is suggesting.

The above moneyline odds favor Punk to be Bryan’s first challenger upon joining the ranks of AEW. However, the wrestling odds make no declaration on whether or not it is CM Punk’s first match. That means it could be Punk’s second, third, or fiftieth match and it would still win the above pro wrestling bet as long as it was Danielson’s first with the organization.

Now that it appears the MJF and Chris Jericho feud may be coming to a close, our staff has been fantasy booking a potential rivalry with Danielson and Maxwell Jacob Friedman.  If Bryan lasts for any respectable amount of time with the company, he’s bound to face MJF at some point.

If MJF turns out to be Danielson’s first match, $100 wagers placed on that outcome will net $600 for wresting bettors with enough bravado. Either way, lay some action on these pro wrestling odds now and tune in tonight at 10 PM on TNT to catch CM Punk’s debut on Rampage.