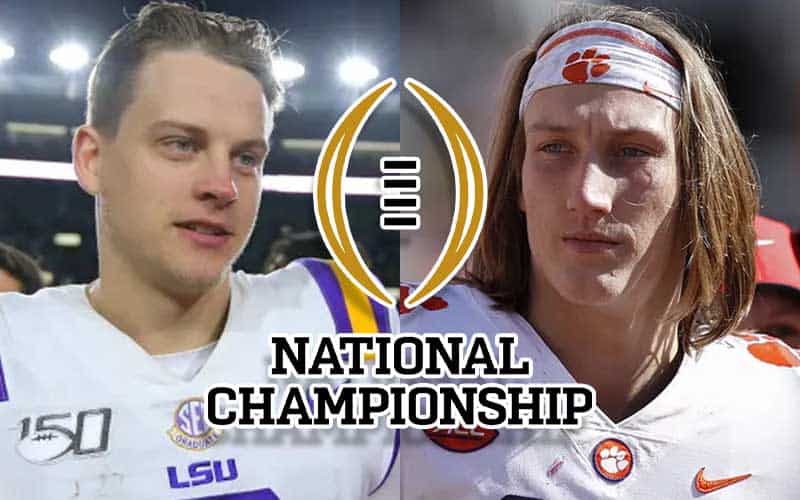 Don’t get confused by the NCAA’s unorthodox bowl game scheduling. The College Football Playoff semifinals are December 28, followed by 20 other bowl games before the Championship Game on January 13, 2020.

The first playoff game on tomorrow’s slate is the #1 LSU Tigers and #4 Oklahoma Sooners in the Peach Bowl. Coverage begins at 4 pm ET from Atlanta’s Mercedes-Benz Stadium.

Led by their Heisman-winning quarterback Joe Burrow, LSU is a 14-point favorite over the Sooners. What’s even more telling than a two-touchdown spread is the money line. Based on the college football betting odds from BetOnline, LSU has an 81.29% chance of winning the semifinal matchup.

Oddsmakers also expect this game to be a shootout with the over of 76 points favored at -115 chances.

The second semifinal game of the postseason is the Fiesta Bowl in Glendale, Arizona. The playoff’s reigning champion #3 Clemson Tigers will take on the #2 Ohio State Buckeyes at 8 pm ET with the Tigers favored by just two points.

The line is closer in this game with Clemson having a slight edge at 54.03% and a total over/under set at 63 points.

Oddsmakers also have the chances listed for the CFP championship game outcome. The most likely result (+250) is that LSU will defeat Clemson in an All-Tigers Showdown for the title.

To cap off tomorrow’s betting lines, BetOnline also has the odds for the possible matchups in January. Money lines and totals are not set yet, but the spreads are available.