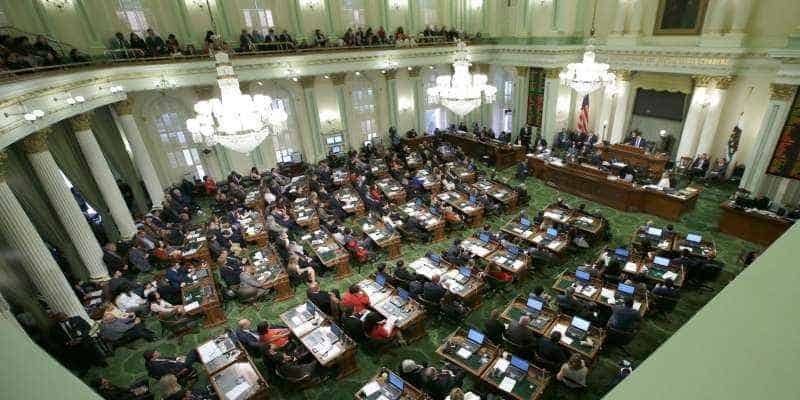 What seemed like a sure bet just a few weeks ago is now off the table, as the California Legislature will no longer consider an amendment to allow for domestic sportsbooks to operate within the state’s borders.

The bill was positioned for debate and was on the fast track for passage due to the state’s shortfall in tax collections. Sports betting operations would have added much-needed tax revenue in a time where avenues of additional funding are hard to come by because of state-mandated lockdowns due to the Coronavirus.

Tax collections in the first year of legal sports betting in California were expected to garner upwards of $200 million and was forecasted to increase to nearly triple that amount once the activity took hold with regional bettors.

The bill’s sponsor, State Senator Bill Dodd, removed the constitutional amendment from consideration citing that there was not enough time to negotiate the fine details in time for the measure to be placed on California ballots this November.

“Given the deadlines for getting a measure on the November ballot and the impact of COVID-19 on the public’s ability to weigh in, we were not able to get the bill across the finish line this year.”

The amendment was moving along swiftly until recently when a conglomerate of Native American casino owners introduced their own language that insisted that all sports betting operations be based in their facilities.

The proposed amendment from the Native American Tribes was a success, as their influence and powerful lobbying effort stopped the amendment dead in its tracks and removed it from consideration.

The Tribes currently have a stronghold on all California gaming, providing over 50% of all domestic casinos and gambling operations within the state.

When they speak in unison, it carries a lot of weight. The Tribes were specifically concerned about an allowance for card rooms to accept wagers on sports.

Negotiations between the Senate and the Tribes seemed to go well, and new language was created that allowed for sports bets to be made at Native American casinos, Tribal racetracks, but the card room issue remained.

The Tribes seem unwilling to budge on the card room allowance, and now, the amendment sponsor does not think there is enough time remaining to iron out all the kinks and satisfy all interested parties, according to the San Francisco Chronicle.

“While we appreciate that the state was trying to find additional revenues during this time, this bill was simply bad policy. It unjustly rewards the commercial, for-profit gaming industry for their practice of conducting Nevada-style games in flagrant violation of California law. This bill would have also threatened brick-and-mortar establishments by legalizing online gaming, which would reward out-of-state commercial business entities and raise regulatory challenges.”

Although the constitutional amendment has been removed from the agenda for the 2020 Legislative Session, Senator Dodd intends to keep hammering away at it and reintroduce it in 2022.

Dodd is fully aware that offshore sportsbooks are dominating the sports betting action within the Golden State, and one way or another he intends to redirect those funds in a manner that will benefit California citizens.

For now, California bettors that are interested in betting on the NFL, or wagering on the NBA, can continue to do so at offshore betting sites.

There are many active parties that the language will need to satisfy, parties with deep pockets that wield massive influence over the CA legislature. The amendment will face an uphill battle until all factions are pleased, and unfortunately, an impasse may have already been reached.