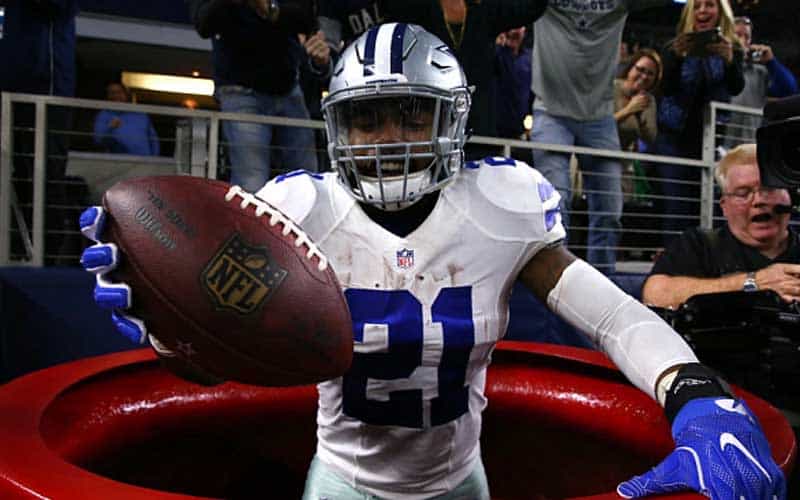 Thanksgiving football is about as American as pretending to enjoy canned cranberry sauce.

This year’s slate of NFL Turkey Day games includes: the Chicago Bears and Detroit Lions, the Buffalo Bills and Dallas Cowboys, and the New Orleans Saints versus the Atlanta Falcons.

To help drown out the inevitable bickering between family members, BetOnline has released betting lines for the three games so you can focus on more than Grandpa’s off-color remarks.

The Bears, Cowboys, and Saints are each favored in their respective matchups.

Traditional betting lines are not the only available odds this Thanksgiving. Over at Bovada, oddsmakers are accepting action on tons of prop bets for each game.

How many penalties will be assessed? Will Matt Ryan have more touchdowns or picks? Will a player jump in the Salvation Army bucket? All are available below, separated by the matchup.

Which team will score first?

Which half will be the highest scoring?

How many total field goals will be missed?

Will a kicker miss a PAT?

Will Khalil Mack record a sack?

How many total penalties will be assessed?

How many interceptions will be thrown?

How many rushing yards will Mitch Trubisky have?

Who will the first accepted penalty be called on?

What will be the first offensive play of the game?

Will there be a touchdown in the first quarter?

Who will have more touchdowns?

Will Amari Cooper score a touchdown?

Will John Brown Score a touchdown?

Will any player end up inside of a Salvation Army bucket to celebrate a TD?

Will there be a turnover in the first five minutes?

Which team will call the first timeout?

Will Julio Jones Score a touchdown?

Which will Matt Ryan have more of?

How many receiving yards will Michael Thomas have?

Who will have more total yards?

Who will have more total yards?

Which team will score last?