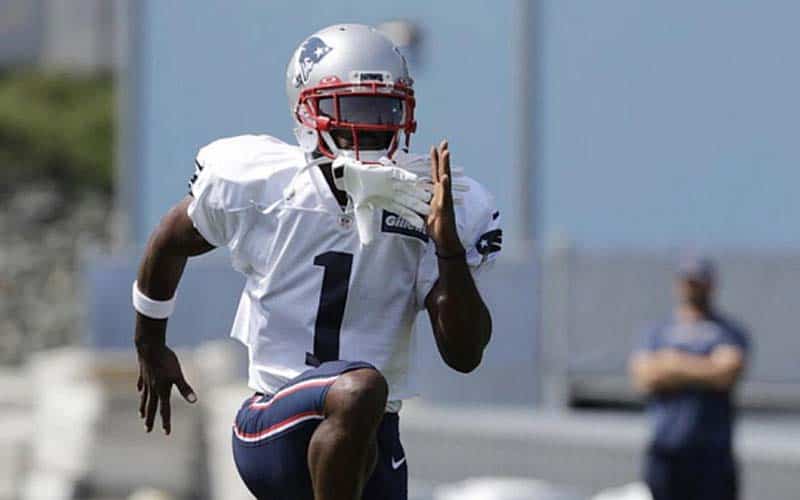 Just because Antonio Brown is with a new team doesn’t mean he can shake his old problems. After a disastrous ending to his brief time with the Oakland Raiders, Brown is now facing sexual assault allegations as a member of the New England Patriots.

While the Brown debacle isn’t a good look for the league, his antics do provide fans with a silver lining: more NFL prop bets.

MyBookie is accepting action on what might happen next with Brown, ranging from the looming allegations to his living situation, to if he’ll ever even suit up for the Patriots.

One day after joining the Patriots, Brown was accused of sexually assaulting Britney Taylor, a trainer that met Brown while they both attended Central Michigan. The lawsuit states that Brown assaulted Taylor on three separate occasions: two in June 2017 and one in May 2018.

Despite the allegations, oddsmakers at MyBookie do not predict a guilty verdict for Brown at -200 odds.

Will Brown be found guilty of sexual assault?

Even if Brown is not found guilty for the allegations, there’s still a chance the NFL will suspend him as a result. Again, oddsmakers do not think this will happen either. No suspension is favored at -155 odds.

Will Brown be suspended for the allegations?

Prior to Brown’s official arrival in New England, Tom Brady offered to let Brown stay at his newly purchased mansion. When asked if Brown had taken him up on the offer, Brady stayed silent on the ordeal.

If Brown is crashing with Brady, however, the next prop bet centers on Gisele Bündchen, Brady’s supermodel wife, and her comfortability with an alleged rapist in her home. Odds do not favor Bündchen kicking Brown out with -300 odds, but there’s still a chance she tells Brady to rescind the offer at +200.

Will Giselle tell Brady that Brown can’t stay with them anymore?

Brown was an offseason acquisition and dismissal from the Raiders, never actually playing a regular-season game for the team. But with the Pats, Brown is expected to play at least one game for them at -1000 odds he takes the field in a New England jersey.

Will Brown ever take the field for the Patriots?

Back in 2018 when Brown was a member of the Pittsburgh Steelers, he and Ben Roethlisberger got into an altercation during practice, resulting in Brown throwing a ball at the quarterback.

Things aren’t expected to deescalate that far for Brown and Brady, though. The odds heavily favor that Brown will not throw a ball at Brady with -1500 chances.

Will Brown throw a ball at Brady after a disagreement?

There’s always a chance that New England repeats its 16-0 season from the 2007 season and this bet is invalidated. But if they do lose, oddsmakers give -185 chances that Brown will post his personal accolades on social media following a loss.

Will Brown post his personal accolades on social media after a Patriots loss?

How many more games will OBJ wear his watch?

Will the NFL request OBJ to stop wearing his watch?

Will OBJ wear a more expensive watch this season?