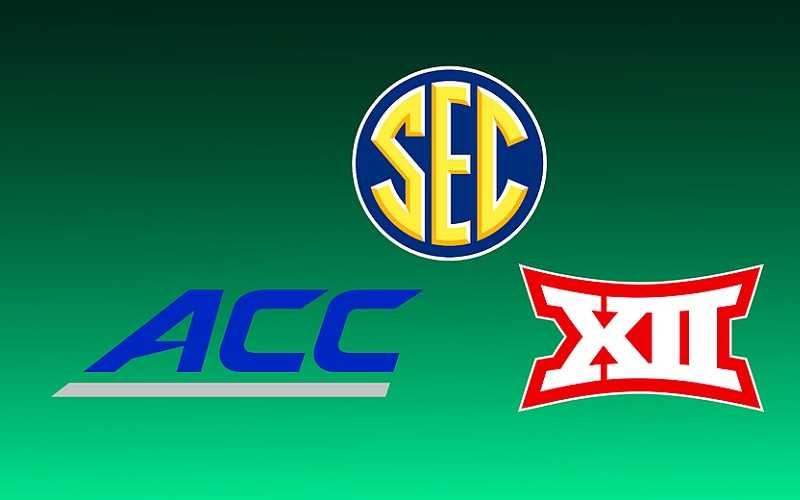 Just when it seemed like the 2020 NCAA College Football season was about the be canceled across the board, some big money Power Five conferences declared their intention to play their conference schedules, much to the delight of fans and bettors alike.

Betting on NCAA Football can be a tricky endeavor even during normal circumstances, but adding COVID-19 into the mix has really thrown a monkey wrench into the realm of fall sports.

The ACC, BIG 12, SEC, AAC, Sun Belt, and Conference USA have decided to compete this season and play a full schedule.

The ACC and BIG 12 are allowing for one non-conference game, while Conference USA and the Sun Belt Conference are letting teams play up to four out of conference contests.

The SEC is keeping their entire schedule inside of the conference, disrupting immensely popular annual college football rivalry games between Florida and Florida State, and Georgia vs. Georgia Tech.

College football is big business for all involved, so it makes sense that several conferences have decided to make a run at a full season in 2020.

It should come as no surprise that Clemson, Alabama, and Oklahoma find themselves as the most likely teams to win their respective conferences in 2020. What has not been decided yet is how the postseason will be handled, causing great concern to those interested in betting on the NCAA College Football Playoffs.

There have been some rumors that the three largest conferences may come to some sort of consensus to decide how the postseason will proceed. The Bowl season may be scrapped altogether, with the postseason focus being on the 3-game BCS playoffs.

However, betting on the College Football National Championship is not going to feel the same if only a few conferences are involved. Although the PAC 12 was unlikely to produce a BCS Champion in 2020, the Big Ten certainly contains some teams that can contend this year, and in any given season.

The limited number of teams involved in 2020 does create the opportunity for a surprise team to leap into the championship picture.

No matter who ends up winning it all in 2020, there will almost certainly be an asterisk next to their name in the history books offering an explanation that a majority of college football teams did not participate. Either way, the team that hoists the championship, and their fans, will celebrate it and appreciate it just like any other year.