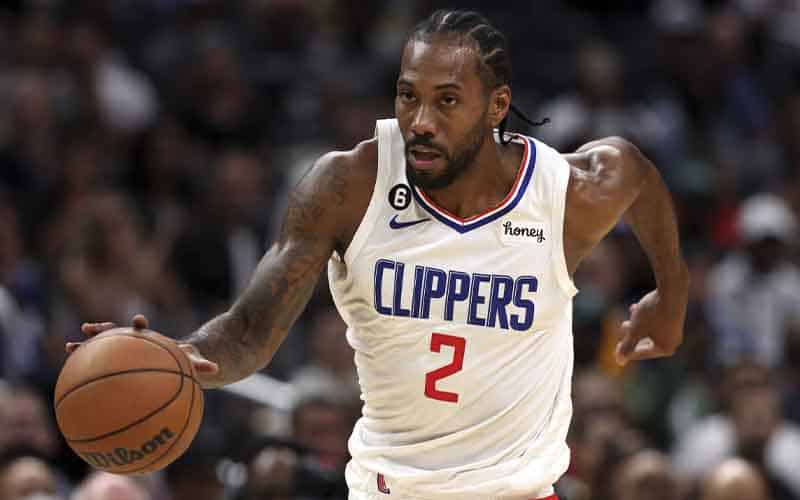 Could 2023 be the year that the Los Angeles Clippers finally win an NBA Championship? Current pro basketball futures are suggesting just that and are forecasting them to win the NBA Finals over the Boston Celtics.

One of the world’s best online NBA sportsbooks, Bovada, has laid out futures odds for the winner of the NBA Finals, the Eastern and Western Conference champions, and the winner of each division.

If we are to take Bovada’s NBA odds at face value, we can make the following assumptions regarding the 2022-23 season.

While the Clippers may hold the current edge in the West, the conference futures at NBA Playoff betting sites are suggesting that the Golden State Warriors have just as much of a chance to make it to the finals.

Much of the Clippers’ success will rely on the team’s health, something they’ve struggled with over the past two seasons. LA is at full health right now, but we think gambling on that to remain the case through next summer is a risky bet.

Most of our staff is predicting that the Golden State Warriors will repeat as NBA Champions, mostly due to the return of last season’s roster. Right now, the Warriors are garnering championship futures in the range of +600, which will reward savvy gamblers with 6-to-1 net payouts, but only if wagers are placed today.

Once Golden State starts to dominate during the regular season, their odds for betting on the NBA Finals will pull closer to even and deliver smaller payouts.

If you are confident in who the 2022-23 NBA champion will be, we advise laying some action on that outcome as soon as possible. Your wallet will thank you next summer after the finals.

Bovada.LV has also posted NBA prop bets for each postseason superlative that will be awarded. Paolo Banchero of the Orlando Magic was the first pick of the 2022 NBA Draft, and online sportsbooks are implying he will win the rookie of the year honors.

Notably, the Magic are not included among NBA Playoff contenders when examing the current pro basketball odds, which insinuates that Banchero will not be a significant enough presence in Orlando’s starting lineup to propel them into the postseason.